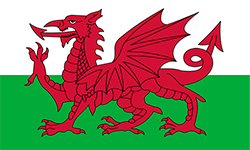 Wales won two and lost two in the 2017 Under Armour Series. A 13th successive defeat to Australia in the opening match was followed by an unconvincing win over tier-two opponents Georgia in the second match. The All Blacks once again proved too good for Wales in the third match. Wales ended the series with a morale-boosting victory over the Springboks.

Wales completed their autumn Test series with a 24-22 victory over South Africa. Here, we look at five things that were learnt from a campaign that also featured games against Australia, New Zealand and Georgia.

Wales boss Warren Gatland admitted to feeling "a bit of relief" after his team made hard work of beating South Africa in Cardiff.

Wales went close to losing a game they should have won comfortably before edging home 24-22 against South Africa in Cardiff.

Wales play the final game of their autumn internationals on Saturday when they tackle South Africa in Cardiff. Here, we look at some key talking points ahead of the Principality Stadium clash.

Wales head coach Warren Gatland accepts the injury-hit autumn campaign has been "a bit of a challenge" that has tested resources.