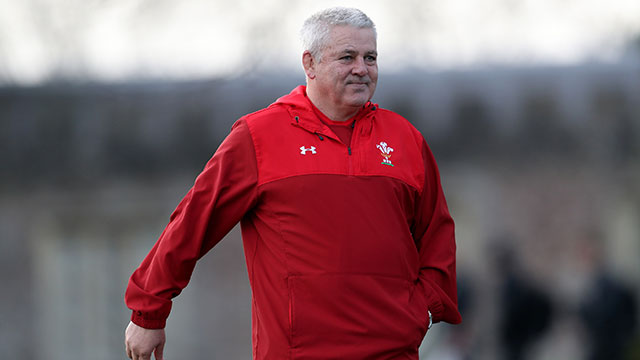 Wales head coach Warren Gatland accepts the injury-hit autumn campaign has been "a bit of a challenge" that has tested resources.

His team go into Saturday's Under Armour Series finale against South Africa with just eight survivors from the starting line-up beaten by Australia on November 11.

Wales entered the international period minus star names like Sam Warburton and George North. Injuries suffered during November have seen their fellow British and Irish Lions Jonathan Davies, Liam Williams, Ken Owens and Justin Tipuric also ruled out at various points, in addition to players such as Jake Ball and Samson Lee.

And the Aviva Premiership-based quartet of Owen Williams, Jamie Roberts, Rhys Priestland and Tomas Francis are unavailable this weekend as the game falls outside World Rugby's autumn Test window|. English clubs have a blanket policy of not releasing players for those games.

"It has been hard," Gatland said. "I think we've had 11 injuries, or something like that, in this campaign. It has been tough from a playing perspective.

"We haven't done anything differently, but unfortunately we've picked up quite a few injuries. I think we are down to about 25 from the original squad we selected.

Gatland, though, has been able to blood a number of promising prospects at the sport's elite level, including the likes of Scarlets wing Steff Evans, Ospreys centre Owen Watkin and Dragons hooker Elliot Dee.

"We left some reasonably experienced players out of the squad right from the start, and there was a chance to develop some more depth in the squad," Gatland added.

"The fact that we've picked up injuries as well, gives more players that chance.

"If we are in this situation, come the World Cup, then we have got players with caps and experience under their belts. I think that's important for us, going forward."

Asked about the value of Wales playing a fourth autumn game, rather than the three that most other teams will have taken on this term, Gatland said: "It's a balancing act.

"The fourth international generates a lot of money, and we have got to be aware of that. Part of the union's (Welsh Rugby Union's) responsibility is helping to fund the regions, contracts for the players, the community game. We're aware of that.

"For us, it's an opportunity to play against the best teams in the world. I have always been a strong believer that the only way you get better is by playing against the best players and teams."

Parkes only completes a three-year Wales residency qualification this week, but Gatland has handed him an immediate opportunity alongside centre partner Scott Williams.

Bath number eight Taulupe Faletau remains on starting XV duty, with it understood that he has a clause in his club contract giving him full release for Wales. Bath can still expect a fine from Premiership Rugby after Northampton took a £60,000 hit for releasing North to face Australia outside the 2013 autumn window.