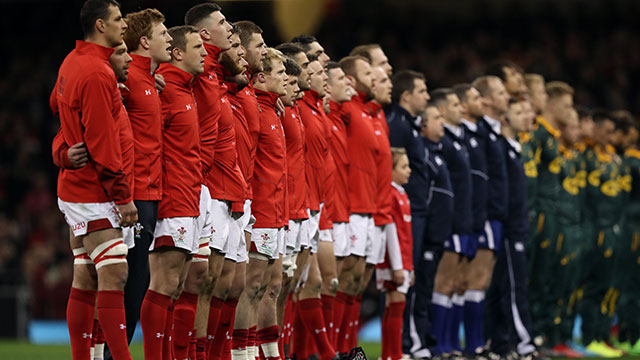 Wales completed their autumn Test series with a 24-22 victory over South Africa. Here, we look at five things that were learnt from a campaign that also featured games against Australia, New Zealand and Georgia.

A 50 per cent winning return might not suggest the greatest four weekends of rugby for Wales, but an intention to adopt a more attack-orientated approach certainly showed promising green shoots. If anything, Wales were at times guilty of trying to play too much rugby, especially from inside their own half, rather than being pragmatic and taking perhaps a more conservative option. There is no doubt they need to continue with it in the forthcoming NatWest 6 Nations, where they will be tested immediately as they face Scotland and England on the opening two weekends.

2. Some players took their opportunity

Two years out from the World Cup, Wales head coach Warren Gatland had a chance to assess different combinations and promote players into his starting XV. Inevitably, some fared better than others, but Gloucester back Owen Williams - it begs the question why Wales did not select him earlier in his career - looked the part at inside-centre, Dragons hooker Elliot Dee was a bundle of energy in his two outings, while flankers Aaron Shingler and Josh Navidi further enriched quality back-row options. Perhaps the real star, though, was wing Hallam Amos, who has been part of previous squads but never performed with such impressive consistency.

3. Wales seem to be dogged by injury curses

The 2015 World Cup campaign was almost a case of last man standing, as Wales lost player after player, but they still dug deep to reach the quarter-finals. During this season's autumn campaign, either in its entirety or at various points, they were without the likes of Sam Warburton, George North, Liam Williams, Jonathan Davies, Ken Owens, Ross Moriarty, Samson Lee, Jake Ball and Justin Tipuric. Injuries are an occupational hazard of professional rugby, such is the game's collision-based ferocity, and Wales have had more than fair share. They are due a change of luck as this season's Six Nations looms.

4. Rhys Webb will leave a considerable void next season

The Toulon-bound number nine will be unavailable for international rugby next term as Wales' new senior player selection policy kicks in. Individuals now agreeing new contracts to ply their trade outside Wales cannot be selected by Warren Gatland unless they have won 60 caps or more. All-action Webb, a spark of so many good things that Wales do, is barely halfway to that figure, so next season and the 2019 World Cup look out of bounds for him. It is a crying shame, and Wales will miss him terribly.

5. Wales will not be talked about as Six Nations title contenders

England, Ireland and to a lesser degree, Scotland, are all jostling for position as front-runners in this season's Six Nations title race. Most pundits at this stage have Wales finishing fourth at best, yet that will suit Gatland and his staff, slipping in quietly under the radar, but also knowing that an opening weekend home win against Scotland - the Scots have not triumphed in Cardiff since 2002 - would set the cat among the pigeons. With some of their big guns back fit and firing, it is premature to write them off.