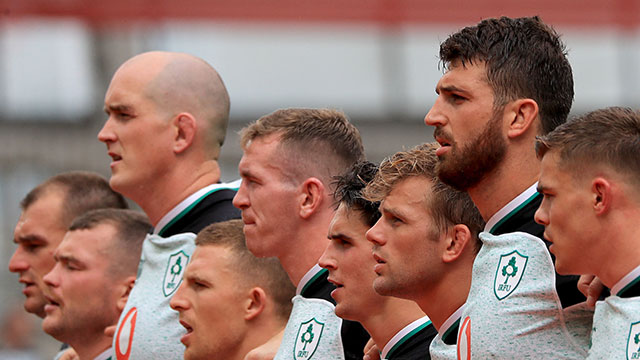 Devin Toner has been confirmed as the shock omission from Ireland's 31-man squad for the Rugby World Cup.

The 33-year-old Leinster lock has numbered among Joe Schmidt's most trusted lieutenants, starting 50 of the Kiwi head coach's 67 Test matches as Ireland boss.

But Jean Kleyn has been given the nod ahead of Toner, with boss Schmidt selecting Munster's South Africa-born star alongside Iain Henderson, James Ryan and Tadhg Beirne in a four-strong lock cordon.

Kleyn only qualified for Ireland on residency two days before his Test debut, the 29-10 victory over Italy on August 10.

Now the 26-year-old has edged out Toner, who has proved a lineout and restart banker throughout Schmidt's six years at Ireland's helm.

"To go from 40 players down to 31 was really difficult, but we had a process whereby we looked back through every training, looked through the games," said head coach Schmidt.

"There were some guys who obviously had more experience and probably had more credit in the bank and were more established and there were other guys who were trying to force their way into the group, and trying to get a balance of current form versus previous performance, it's always a very, very difficult conundrum to solve."

Jack Carty has won selection ahead of Ross Byrne as Ireland's third playmaker, with Andrew Conway earning a place among a five-strong back-three group.

Carbery is recovering from an ankle problem but Ireland insist he will be ready for the Pool A kick-off, against Scotland in Yokohama on September 22.

Johnny Sexton suffered a thumb sprain at the start of the summer and has since carried a minor leg bump, but Schmidt insisted after Saturday's 22-17 win over Wales in Cardiff that the British and Irish Lions star was fully fit.

Ireland hope Sexton will be able to prove his fitness in their final World Cup warm-up match, Saturday's return clash with Wales in Dublin.