World Cup warm-up injuries are a risk England have to take, says Jones 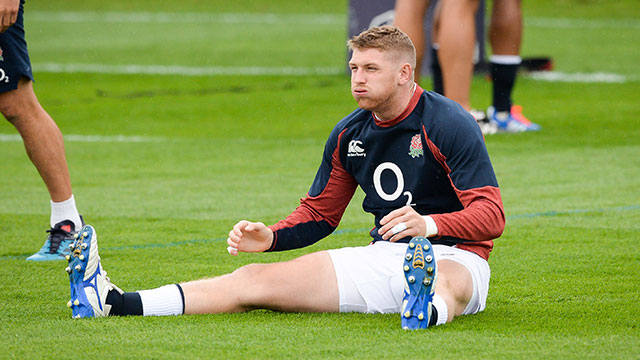 Eddie Jones accepts the hazards involved in playing four warm-up Tests as the necessary cost of properly preparing England for the World Cup.

The danger of playing full-blooded internationals was cruelly underlined at Twickenham last Sunday when Wales fly-half Gareth Anscombe suffered a serious knee injury that has ruled him out of Japan 2019.

In the same match, England lost their outstanding openside Tom Curry to a shoulder injury that has made him unavailable for the return fixture against the Grand Slam champions in Cardiff.

The prospect of losing the likes of captain Owen Farrell or second row Maro Itoje - both of whom return on Saturday - so close to the tournament is alarming, but Jones insists that protecting his stars would be counter-productive.

"I don't worry about injuries. You can put them in cotton wool but then they'd not be ready for the World Cup," Jones said.

"You've just got to get on with it and that's the way it always has been. It's the risk you take.

"It would be easy to have nice camps in Treviso and not play games. You get them all fit but not ready to play rugby.

"It's like a boxer - a boxer's got to box. A rugby player's got to play rugby. There's a risk involved.

"If they get injured you feel for the player but then look to see who the next best is.

"For me it's about getting players fit and hard and experimenting with a few areas to see if they come off and then hopefully have the 31 you've selected on the plane."

Warren Gatland has accepted criticism from former players of Wales' decision to play four warm-up matches but for Jones they are essential.

"Because we have a squad of 31 we need four games to get the necessary game time for everyone," Jones said.

"We've got two games in four days at the World Cup and the reality is that most of the squad will probably play in those first two games so we need the four games for them to be ready."

Anthony Watson and Jonny May have been placed on standby to be promoted from outside the 23 and on to the right wing after Ruaridh McConnochie suffered another setback.

McConnochie was due to make his international debut against Gatland's men last weekend but was withdrawn due to a hip problem.

The Bath wing, a sevens specialist who won a silver medal with Great Britain at the 2016 Olympics, is understood to be 50-50 to pull through after incurring muscle soreness.

"Ruaridh pulled up a bit sore today (Friday) so we're not 100 per cent sure how he'll be," Jones said.

"He's a great character and he's got a nice set of skills for wing. He's a fantastic communicator, reads the game well, has got good footwork and is reasonable under the high ball. He adds to the team."

Jones delivered better news on Mako Vunipola, the loosehead prop who is poised to return from a significant hamstring injury sustained on Saracens duty in the latter stages of last season.

"Mako did a bit of extra work at the end of training today, a bit of contact work. A bit of defence work. He should get some time next weekend against Ireland," Jones said.