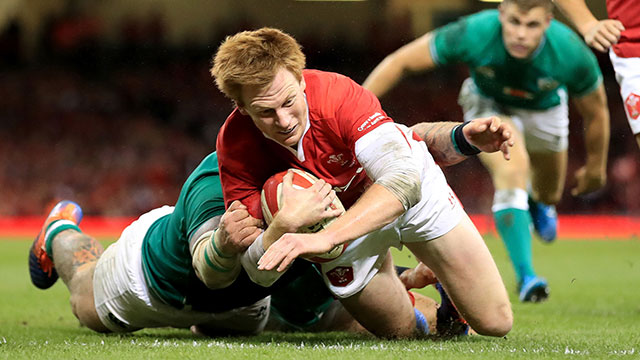 Patchell endured an injury-hit campaign last season and has not made a Test start since June last year.

Wales head coach Warren Gatland has named a powerful line-up for Dublin, changing it entirely from the side beaten 22-17 by Ireland last weekend.

But he delivered an impressive try-scoring display off the bench last weekend, and it helped him edge out Jarrod Evans for a place in Gatland's 31-man World Cup squad.

Wales complete their warm-up schedule at the Aviva Stadium ahead of an opening World Cup match against Georgia in Toyota City, Japan on September 23.

Gatland said: "This is our final preparation match, so it is important we get enough rugby into us and get rugby-ready ahead of our RWC opener against Georgia, which is just over two weeks away.

"It is important we hit the ground running in Japan and we give the players enough time on the field.

"Saturday is the first time these players would have taken to the field as members of the RWC squad.

"It has been a big week, and it is a big opportunity for players to put their hand up and secure spots for the starting XV in Japan."