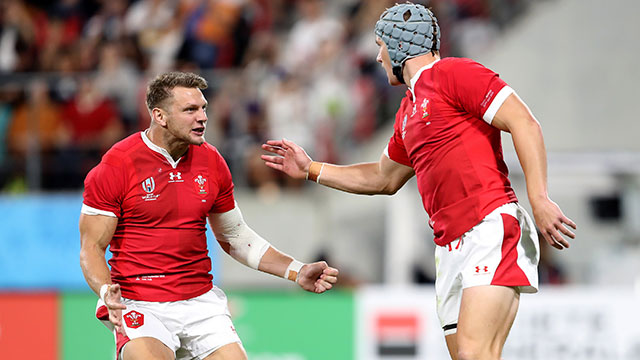 Centre Jonathan Davies and fly-half Dan Biggar have been named in the Wales starting line-up for Sunday's Rugby World Cup quarter-final against France.

Davies has recovered from a knee injury suffered against Fiji nine days ago, while fly-half Biggar has successfully followed return to play protocols following a head injury.

The Welsh Rugby Union said they had worked with World Rugby to provide the highest level of care for Biggar following his concussion against Fiji.

The WRU said he had remained symptom-free and had completed the graduated return to play protocols with no issues.

Management of the player had included MRI scanning and two consultations with an independent concussion consultant from Australia, the WRU said in a statement.

Wales are targeting a World Cup semi-final appearance for a second time in the last three tournaments.

Gatland's consistency of selection is underlined by it being the same team selected for Wales' opening two World Cup group games.