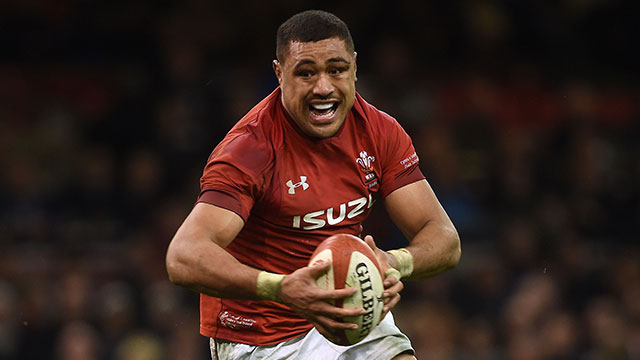 And it is likely to be a group of few surprises, with possibly only Cardiff Blues wing Owen Lane featuring as an uncapped player.

Elsewhere, there could be call-ups for the likes of Blues hooker Kristian Dacey and Dragons scrum-half Rhodri Williams, who last played Test rugby in 2014.

And there is set to be a welcome reappearance for Bath number eight Taulupe Faletau, having been sidelined from the international scene this season through injury.

Roberts, who won the last of his 94 Wales caps in November 2017, has been in consistent form for Bath, and would offer further midfield experience alongside a likely squad quartet of Jonathan Davies, Hadleigh Parkes, Owen Watkin and Scott Williams.

Six Nations Grand Slam champions Wales kick off their World Cup campaign in Japan against Georgia on September 23, which is followed by further pool stage clashes with Australia, Fiji and Uruguay.

It will be Gatland's last campaign before he steps down as Wales boss, with many pundits feeling that his players could match - or better - reaching the 2011 World Cup semi-finals.

Wales' busy summer of preparation will be spearheaded by four home and away warm-up Tests against England and Ireland, starting at Twickenham on August 11 and finishing in Dublin 27 days later.

Gatland is set to name his final World Cup squad during the week of the second Ireland game.

Wales will replicate their 2015 World Cup build-up in Switzerland, again being based at Fiesch in the Swiss Alps for two weeks.

And they will depart for warm weather training at Turkey's Gloria Sports Arena on August 18 before heading to Japan just over three weeks later and a further training camp in Kitakyushu.

"If you look at our plan, I think it's perfect," Wales team manager Alan Phillips told the Welsh Rugby Union's official website.

"We have put everything in place in order to give the training squad as much preparation as possible. We were really pleased with our approach in 2011 and 2015, and we believe 2019 will be as good.

"Fiesch is fantastic for altitude training, and we really benefited from it in 2015.

"Turkey gives us the heat training we require, and with it being a bit closer than Doha (where Wales went in 2015), but it will be another huge testing week for the squad."