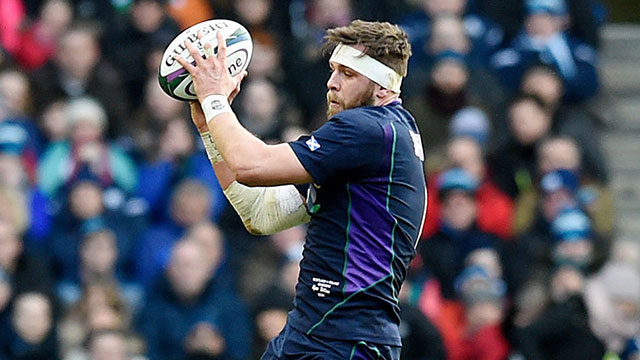 Gregor Townsend has left several key men out of his squad for Scotland's World Cup send-off against Georgia at Murrayfield on Friday.

Skipper Stuart McInally, Fraser Brown, John Barclay, Greig Laidlaw, Finn Russell and Stuart Hogg have all been spared action as Townsend takes no risks as the clock ticks down to their opener with Ireland in Yokohama on September 22.

However, Jonny Gray returns from a hamstring injury to make his first appearance of the warm-up series, while hooker Grant Stewart and flanker Magnus Bradbury have both been given a consolation slot on the bench after missing out on a place in Townsend's 31-man squad for Japan.

Ryan Wilson will captain Scotland for the first time in McInally's absence as the Dark Blues look to add momentum in the run-up to this month's tournaments following back-to-back wins over France and the Lelos.

Townsend has made 12 changes to the starting side that defeated Georgia 44-10 at the Dinamo Arena.

Townsend said: "We've been together since the middle of June and Friday night is our final chance this year to play in front of our supporters.

"It's another opportunity for players to get valuable game time and build on what was a very good performance last weekend in Georgia. We are very aware that Georgia will be much improved after their first hit out of the season and they will know much more about how we play.

"It's a boost to have Jonny back in side for the first time since last season and for others, like Tommy, Blade and Duncan Taylor, to have made a return to full fitness, following their recent injuries.

"It's also great to involve two players in our squad this weekend - Grant Stewart and Magnus Bradbury - who just missed out on selection to our group to travel to Japan.

"As with all those that didn't make the 31-man squad, it's important they keep training and playing well in case they get a call up during the tournament.

"Friday night gives us the opportunity to keep improving and get one step closer to playing our best rugby over the next few weeks."

Glasgow lock Scott Cummings has been promoted from the bench to feature alongside the returning Gray, while back-row Jamie Ritchie completes the loose forwards alongside Wilson and Thomson.

In the backs, Saracens centre Taylor combines with Sam Johnson in a new-look midfield, while Glasgow half-backs half Ali Price and Adam Hastings get their second chance to start together in the campaign, with Edinburgh's Blair Kinghorn and Darcy Graham returning to start alongside fit-again Seymour.