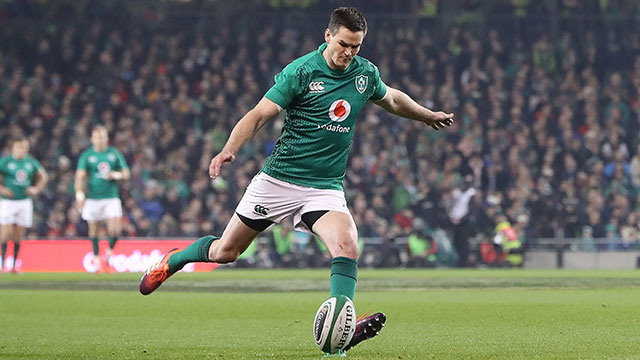 Johnny Sexton finally has the chance to prove his World Cup fitness as he will start at fly-half in Ireland's clash with Wales on Saturday.

The 34-year-old has not tasted Test action since Ireland's 25-7 loss to Wales in the Six Nations in March that sealed the Grand Slam for Warren Gatland's men.

Sexton will be back in harness with his Lions half-back partner Conor Murray for Ireland's final World Cup warm-up, with their Pool A opener against Scotland fast approaching on September 22.

Joe Schmidt has named a potent starting XV for his last game in Dublin as Ireland head coach, the 53-year-old relinquishing his post after the Japanese World Cup adventure.

Jack Conan has another chance to impress in the back-row and is surely pushing hard for a starting berth against Scotland.

Robbie Henshaw makes his first start of the warm-up campaign, slotting in at outside centre to partner his old Connacht team-mate Bundee Aki in a robust midfield pairing.

Assistant coach Andy Farrell insisted Sexton, Murray and Henshaw are all fully fit and ready to get cracking.

"Raring to go, they have been held back for at least a week or two and can't wait to get going this weekend.

"We're after a performance we're proud of, with it being Rory Best and Joe Schmidt's last games at the Aviva. But we've also got to take the right mental attitude moving forward into Japan."

Farrell insisted Ireland naming their 31-man World Cup squad earlier in the week has bonded the Japan-bound group much tighter.

"It's brought us closer together, why, because the team's been picked and the wait is over," said Farrell. "So the cohesion throughout the group is one of a much higher standard."