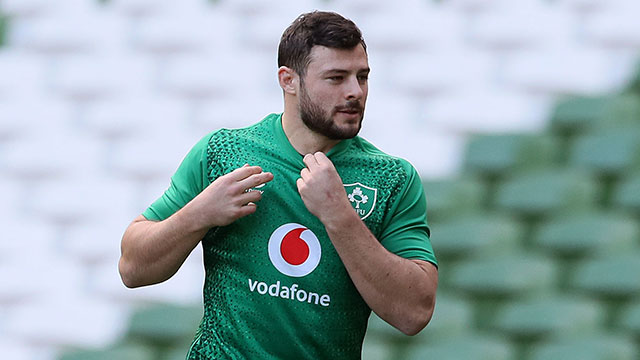 Robbie Henshaw will partner Bundee Aki at centre for his first taste of the World Cup in Japan in Saturday's Pool A decider against Samoa.

The British and Irish Lions powerhouse has missed all three of Ireland's World Cup matches so far, having picked up a hamstring injury in training just days after landing in Japan.

But now the 26-year-old is fit and ready to fire into a match Ireland must win with a bonus point to guarantee their place in the quarter-finals.

Ireland have rolled out the bulk of their big guns to take on the physical and attacking Samoans, though Jordan Larmour has slotted in at full-back in place of Rob Kearney.

Johnny Sexton starts at fly-half while Joey Carbery takes a seat on the bench, with Ireland buoyed to have both play-makers back to full fitness.

Typhoon Hagibis could cause the other Pool A clash, Scotland against Japan, to be cancelled. That would leave Ireland unable to top the group but still capable of quarter-final qualification.

Schmidt insisted Ireland must treat this week as normal, with a doubtless physical clash with Samoa ahead.

"Rob (Kearney) ran in training today but was a little bit slow to pick up in the week, as was Peter O'Mahony and Rhys Ruddock," said Schmidt. "We're not really having too many conversations with World Rugby, for us it's business as usual.

"There is a distraction, there was a lot of talk among the players at training today but we can't let that affect us. Any time anything is unknown you get players who are going to talk about it.

"But we've got to make sure the game gets finished with the right result for us."