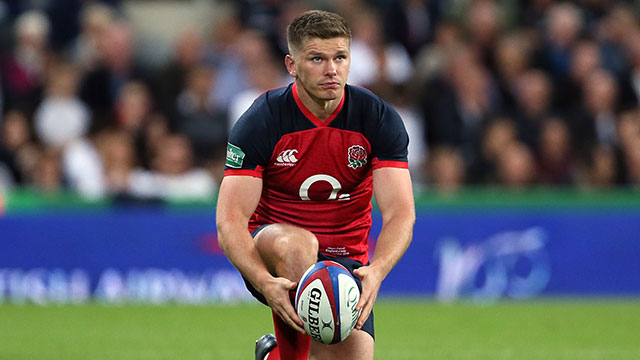 Owen Farrell insists England enter the World Cup battle hardened by a strenuous series of warm-up Tests as he declares the best is yet to come.

Italy were thumped 37-0 in Newcastle on Friday to complete a successful summer of preparations which peaked with a record victory over Ireland at Twickenham. A narrow defeat to Wales in Cardiff was their only blemish.

They will touch down in Tokyo on Monday morning as second favourites to lift the Webb Ellis Trophy behind New Zealand and Farrell, the team's captain, insists they must be ready for anything in the weeks ahead.

"These matches have been good for us. The Tests have been different, all of them," Farrell said.

"Every single game has thrown different things at us and we've managed to deal with it and put in decent performances.

"There's still a lot left in us and that's a good place to be in. We'll make sure we keep working on it.

"What has pleased me most about the four games is our ability to stick in the fight in different situations.

"That Wales game away was a tough game. We went behind but we stuck in it and we gave ourselves an opportunity at the end.

"There's a plan in place to get us as ready as we possibly can be for this World Cup and it feels like we are in a good place. But you never know what could happen.

Tokyo has been braced for the arrival of Typhoon Faxai, which has the potential to delay England's arrival into the Japanese capital.

Australia, possible quarter-final opponents who are due to land the same day, have changed to a later departure in an attempt to avoid winds that could reach up to 180 kilometres per hour and that have forced the cancellation of dozens of flights in the region.

England's plan is to spend a night in Tokyo before heading to the south western island of Kyushu, where they will complete a week-long pre-tournament training camp ahead of their opening match against Tonga on September 22.

Lock Joe Launchbury (back) and hooker Luke Cowan-Dickie (knee) have been added to their lengthy list of wounded after sustaining knocks at St James' Park.

Centre Henry Slade and wing Jack Nowell will arrive in Japan without playing a single minute of the four warm-up Tests due to respective knee and ankle issues.

Jonathan Joseph, also a centre, is nursing a 'leg muscle' injury while Mako Vunipola is unlikely to be ready until the latter stages of the group phase when the pivotal games against Argentina and France are played.