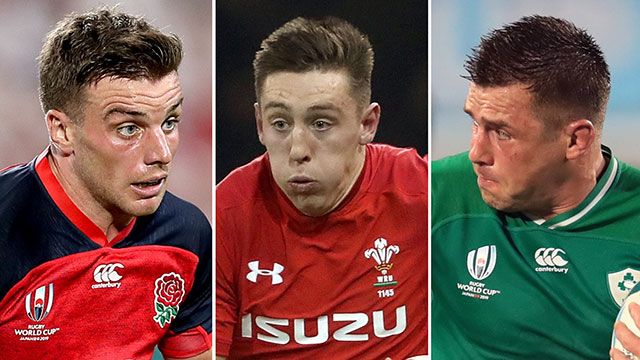 Japan's memorable triumph over Scotland on Sunday brought the curtain down on the pool stage at the 2019 Rugby World Cup.

With the quarter-final line-up now confirmed, focus switches to four fascinating encounters set to be played across two days this weekend.

Here, we take a closer look at the eight teams who remain in the competition.

How they got here: The Wallabies progressed as runners-up from Pool D, having been edged 29-25 by eventual group winners Wales in their second match. Discipline has been an issue for the two-time champions, with coach Michael Cheika even claiming "I don't know the rules anymore" after Samu Kerevi was penalised for a collision with Wales' Rhys Patchell.

Standout performer: Marika Koroibete is in the tournament's top five for clean breaks and could hold the key to unlocking England's defence in the last eight.

Stat: The Wallabies gained four bonus points in Pool D - scoring four tries or more against Fiji, Uruguay and Georgia and losing to Wales by less than seven points - to match Ireland for the highest tally.

Prospects: Australia have been shown more yellow cards than any other team left in the competition, so they will need to keep their heads if they are to stand a chance in what will likely be a fiery encounter against England. 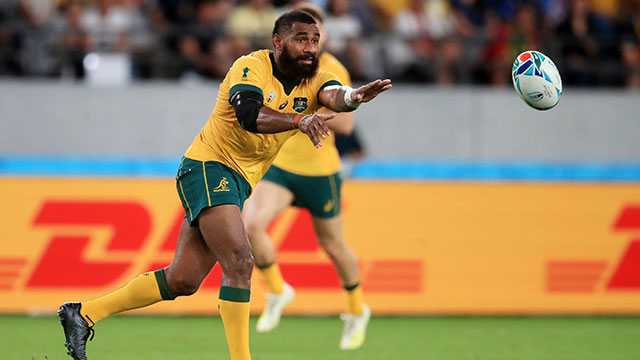 How they got here: England forged a comfortable route to the last eight thanks to convincing wins over Tonga, the United States and Argentina. However, they escaped a clash with eventual Pool C runners-up France after Typhoon Hagibis forced its cancellation and Eddie Jones' men will have gone two weeks without a match by the time the quarter-finals roll around.

Standout performer: George Ford has started all three games for England so far and made himself a difficult man to drop. His all-action display against the US, against whom he scored one try and assisted another two, saw him named man of the match.

Stat: England conceded fewer points (20) than any other team in the group stage - albeit while playing only three games. The two tries they conceded came while leading the United States 45-0 and Argentina 25-3.

Prospects: England should have enough to see off the Wallabies but cannot afford to show any rust from their fortnight without competitive action. 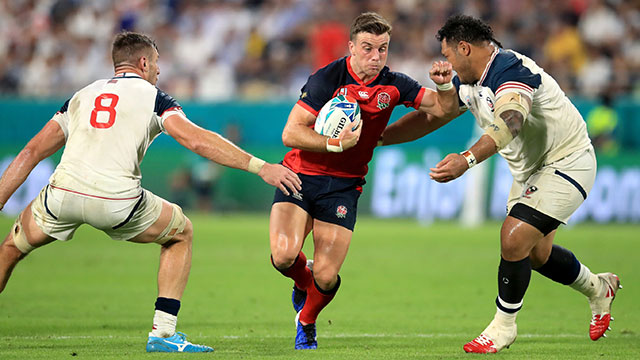 Ford has been in good form for England (Adam Davy/PA)

How they got here: France's pool-stage story was one of narrow winning margins, beating both Argentina and Tonga by only two points on their way to finishing second. Jacques Brunel's men were 33-9 victors over the US in their only other match, with the England fixture called off.

Standout performer: Gael Fickou has touched down in both of his appearances in the tournament so far and he was the key man in France's opener against the Pumas.

Stat: France are the lowest-ranked quarter-finalists in World Rugby's rankings, dropping to eighth place after Japan climbed to seventh by beating Scotland.

Prospects: France missed out on testing themselves against the top-ranked team in their group and could come unstuck against a Wales side who have won seven of the past eight meetings between the two nations.

How they got here: Ireland suffered the shock defeat of the tournament against hosts Japan to put them on a collision course with defending champions New Zealand. Joe Schmidt's men have otherwise been in dominant form, racking up 109 points and conceding only eight from their other three matches against Scotland, Russia and Samoa.

Standout performer: CJ Stander has the most carries of any player remaining in the tournament and, with 58, is the only player to pass 50.

Stat: Ireland are the only team in the knock-out stages to have had a player red-carded in the tournament - Bundee Aki against Samoa.

Prospects: The All Blacks are the team everyone wants to avoid at a World Cup, but Ireland have shown twice in recent years that they are capable of upsetting the odds, winning two of the past three meetings. 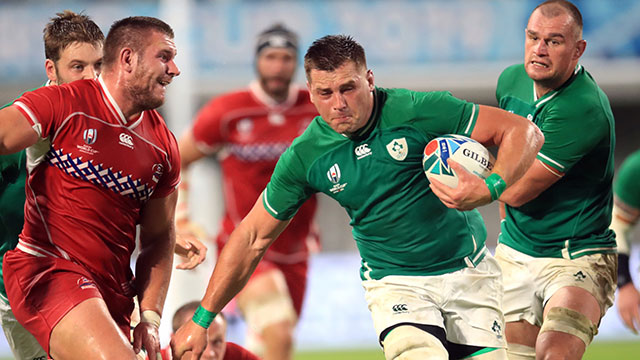 How they got here: Japan delighted the home crowds with a stunning pool-stage performance that saw them top Pool A, claiming thrilling victories over Ireland and Scotland along the way.

Standout performer: Kotaro Matsushima set this tournament alight with his hat-trick in the opening match of the World Cup against Russia. The wing has added two more to his tally since then and is the joint-highest try scorer in the competition.

Stat: Fly-half Yu Tamura is the leading points scorer in the tournament with 48.

Prospects: The Brave Blossoms will need to channel the spirit of 2015, when they pulled off the biggest upset in World Cup history by beating the Springboks in Brighton. On home soil, Japan are certainly capable of another shock win.

How they got here: After opening with a 23-13 win against the Springboks - a match that was always likely to decide the winner of Pool B - the All Blacks swept aside Canada and Namibia before their clash with Italy was cancelled due to Typhoon Hagibis.

Standout performer: Anton Lienert-Brown appears to have hit form at exactly the right time and the quality of his passing helped the All Blacks to their key victory over the Springboks.

Stat: The reigning champions have now won 17 consecutive World Cup games dating back to 2011. They have an all-time record in the tournament of 47 wins to six losses, plus Saturday's cancelled Pool B game against Italy which was recorded as a 0-0 draw.

Prospects: It would take a brave person to back against New Zealand at a World Cup, but they will know the threat posed by Ireland following their two defeats in recent years. 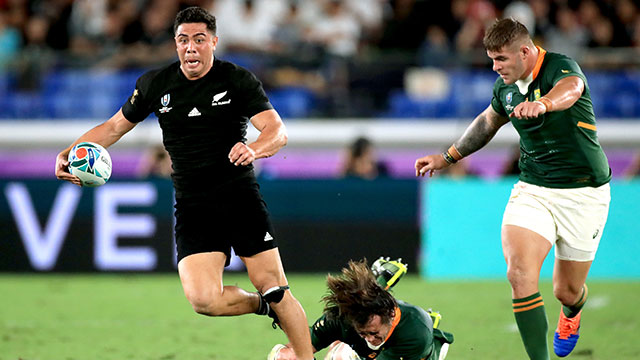 How they got here: Following their defeat to the All Blacks, South Africa picked off Namibia, Italy and Canada with ease, scoring 172 points and conceding only 13 across those three matches.

Standout performer: Cheslin Kolbe could be key to the Springboks' knock-out success. Of 370 metres carried by the team against New Zealand, Kolbe accounted for 124 of them - double the All Blacks' best performer in that department.

Stat: The Springboks are the tournament's leading scorers with 185 points in total and 27 tries. Their nearest challengers in both categories, New Zealand, have 157 and 22 - albeit in a game fewer.

Prospects: The Springboks will have to shut out the noise that will come with playing the hosts, as well as any lingering memories of that defeat in Brighton four years ago, but they will be expected to halt Japan's charge on Sunday.

How they got here: Having ended a 13-match run of defeats to the Wallabies last November, Wales claimed another victory over Australia on their way to topping Pool D. Warren Gatland's men also overcame Georgia and Fiji and were afforded the luxury of resting a number of key players for their final group match against Uruguay.

Standout performer: Josh Adams has tormented opposition defences so far in this World Cup and is the tournament's joint-top try scorer with five.

Stat: No team finished with more points in the group standings - Wales' 19 in Pool D, from four wins with three bonus points, matched hosts Japan for the best total.

Prospects: Wales have a good recent record against France and may be driven by the disappointment of their 2011 semi-final defeat to the same opponents.