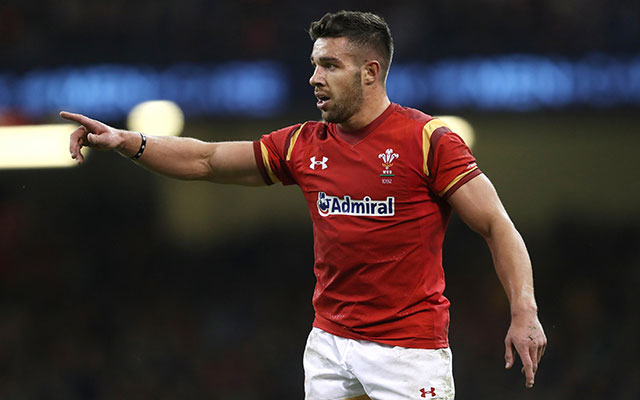 Rhys Webb is resigned to missing the World Cup unless Wales are struck by an injury crisis at scrum-half.

Webb's move to French club Toulon last summer means he is unavailable for selection by Warren Gatland as his collection of 33 caps is below the mark of 60 required for overseas-based players to be considered.

Gatland has indicated he would expect the rule to be relaxed if his half-back resources were depleted, and Webb knows that is his only possible route to Japan 2019.

"As far as I'm concerned I'm out of bounds with the 60-cap rule," said Webb, who will play for the Barbarians against England at Twickenham on Sunday.

"I do believe that if there are injuries then I can come in without issue, but there has to be injuries. That's the ruling.

"Maybe it will happen one day but for now it's a no-go. Every time I play for Toulon, I don't think about playing for Wales.

"The rule is in place and it motivates me to work harder and keep doing extras. I know my standard, I know where I belong as a player. I'll maintain high standards wherever I am."

Chris Ashton's hat-trick for the Barbarians against England a year ago contributed to the dual code wing's recall by Eddie Jones, but Webb declines to view the fixture as an opportunity to impress Gatland.

"You want to play in front of big stadia, big crowds. In every training session and every game I try to enjoy myself and play with a smile on my face," the 30-year-old said.

"I back my instincts and I work hard. Yes, it's a big game but I won't do anything individual. There are too many world-class players here."

For all the frustration at missing out on Japan 2019 and joining Toulon at a turbulent time in their history, Webb is happy with his decision to move to the south of France.

"It's been really good," said Webb, whose campaign was affected by a hamstring injury.

"But as a player, I just felt I needed something to freshen it up a bit and get the enjoyment back.

"Going to Toulon we had a lot of world-class players, but they left when I arrived. When I arrived it was a brand new team, so new players and new coaches.

"No one really knew what our identity was and we didn't really have a culture. It took a couple of months to figure that out.

"At the back end of the season we found out who we are as a team, how we want to play and who we want to be.

"I believe that if we start the season as we finished, we can go on and be that great Toulon team again."