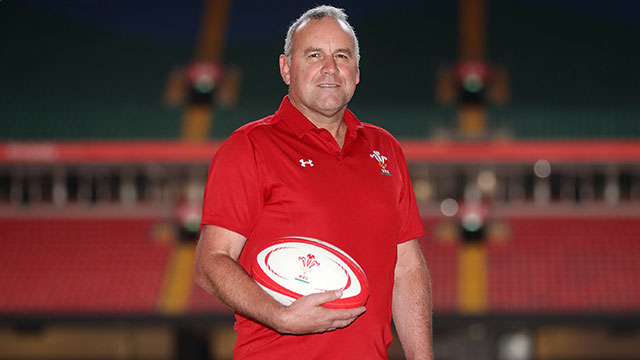 New Wales head coach Wayne Pivac has named a 35-man squad for his first match in charge against the Barbarians.

Pivac's group for the non-cap game in Cardiff on November 30 includes New Zealand-born backs Johnny McNicholl and Willis Halaholo, who both qualify on residency.

Three other uncapped players included are Ashton Hewitt, Shane Lewis-Hughes and Taine Basham, while 22 of the squad were involved at the World Cup.

Former Scarlets boss Pivac will encounter a Barbarians side coached by his Wales predecessor Warren Gatland, whose 12-year reign ended after the World Cup in Japan.

Wales captain Alun Wyn Jones is among a number of star names not included, with Pivac having already been hit by several injuries, including those to Jonathan Davies and Rhys Patchell.

England-based players such as Northampton fly-half Dan Biggar, meanwhile, were unavailable for selection.

Scarlets prop Rob Evans, who missed out on the World Cup, features in the squad and there are also opportunities for the likes of recalled number 10 Sam Davies and Dragons back-row forward Ollie Griffiths.

Pivac said: "It is great to get the squad announced and get the ball rolling on our first meet-up and first fixture next week.

"This Barbarians game is a great chance for us as a new squad and management to get together and to set the scene for what we are looking to do.

"Having this opportunity ahead of tournament rugby in the Six Nations is ideal for us.

"It is also a great chance for some players to really put their hand up and show what they are about and take to the field in front of a big crowd at home.

Tickets for the match are still available from the WRU's Official Online Ticket Office, priced from £30 (Adult) and £10 (Kids) plus fees.