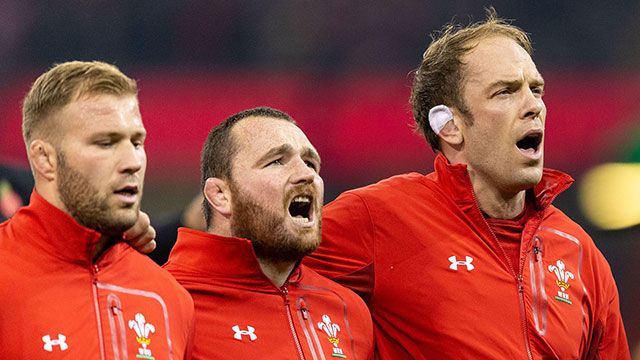 The Springboks will arrive in Cardiff on November 28 for Wales' final fixture before the 2023 World Cup draw is made.

Fiji, New Zealand and Argentina are also on an autumn agenda announced by the Welsh Rugby Union, with world ranking places at the end of November dictating seedings.

Wales are currently ranked fifth, but they know that band one seedings for the next World Cup in France will comprise the top four.

Wayne Pivac's team kick off the autumn campaign against Fiji - a team he previously coached - on November 7, followed by the All Blacks seven days later, then Argentina on Sunday, November 22.

WRU chief executive Martyn Phillips said: "We are delighted with three Saturday afternoon matches and an early Sunday kick-off, which shows real empathy to supporters in Wales and to our travel infrastructure.

"This is the first step in the process of unifying the operations and media rights of the Six Nations and Federations - something we have been working on for a long time.

"It is a hugely-significant strategic development for our national game, and will be of direct benefit to supporters who will be able to watch more live matches as a result."

After this season's Six Nations, Wales are set to play Japan in late June before two away Tests the following month against New Zealand.

They have not beaten the All Blacks since 1953, losing 31 successive Tests, but their record against South Africa is far better.

Although the Springboks defeated Wales in a tense World Cup semi-final almost four months ago, South Africa have lost five of the last seven encounters.

Phillips added: "We will be testing ourselves against four of the best sides in the world this autumn, and face the current top two in New Zealand and South Africa.

"To maintain aspirations of winning the World Cup in 2023 we need to continually face the top teams, match them and regularly beat them."


Tickets for the matches are expected to go on general sale (subject to availability) in June. Prior to that, tickets will be available from WRU member clubs from the end of March.