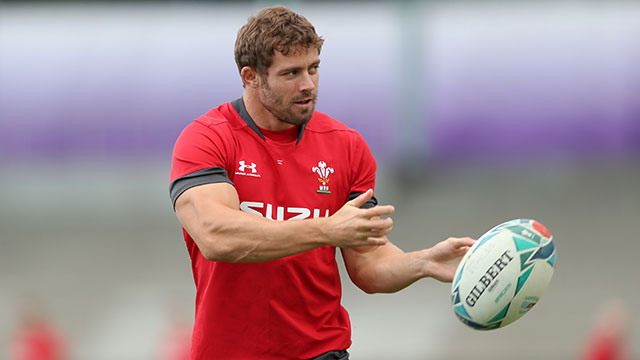 Liam Williams will miss the rest of Wales' World Cup campaign after suffering an ankle injury in training.

The Welsh Rugby Union confirmed his absence from Sunday's semi-final against South Africa, and then either the final or third and fourth place play-off next week.

The WRU said: "Liam Williams has been ruled out for the remainder of the Rugby World Cup following an ankle injury sustained in an accidental collision during training.

"His prognosis will be established in the forthcoming days."

The WRU added that no replacement for Williams had been called up at this stage.

Leigh Halfpenny will feature at full-back instead of Williams against the Springboks, and centre Jonathan Davies has been named in the team after recovering from a knee injury that sidelined him for last weekend's quarter-final victory over France.

Navidi suffered a hamstring injury in the France game, and had already been ruled out of the tournament remainder.

Williams, 28, was in contention for a remarkable individual grand slam this year.

Aside from chasing World Cup glory, he helped Wales land the Six Nations title in March, then shone when Saracens won the Heineken Champions Cup and Gallagher Premiership.

The experienced Halfpenny has made one start in the tournament so far - against final pool stage opponents Uruguay - and went on as a replacement against Georgia.

Gatland retains the same front-five who have served him well at the tournament, with skipper Alun Wyn Jones making his 142nd Test appearance for Wales and the British and Irish Lions.

Gatland said: "Our record against South Africa has been pretty good in the last five years.

"It will be a tight Test match. I have got two games to go as Wales coach, and I want to enjoy them."

"He (Cheslin Kolbe) is a big loss for them. For us, if we can get to the final, it would be unbelievable.

"We feel like we continually punch above our weight," Gatland added.

He praised the way his side's performance against France in the quarter-final.

Gatland said: "I am probably the greatest optimist. Always believe something is possible.

"I thought the way we handled the last four or five minutes against France was outstanding. We looked composed."