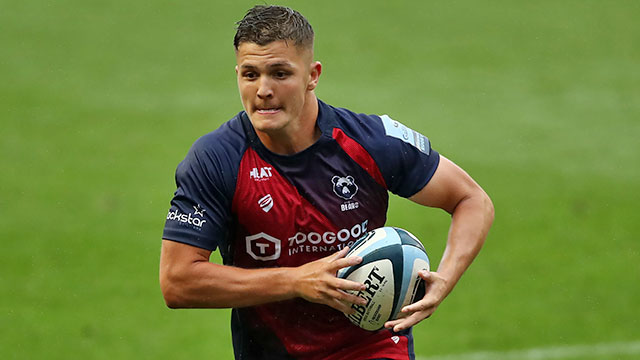 Uncapped Bristol fly-half Callum Sheedy has been named in the Wales squad for their six-Test autumn schedule.

Wayne Pivac’s 38-man Wales squad faces an intense period of six Tests in as many weeks, featuring a friendly against France, a rescheduled Six Nations appointment with Scotland and four Autumn Nations Cup games against opposition including England and Ireland.

Pivac has named Callum Sheedy in his group alongside six other Test rookies, including Sheedy’s 19-year-old Bristol colleague Ioan Lloyd and Scarlets centre Johnny Williams, who returned to playing early this year after being diagnosed with testicular cancer in 2019.

Cardiff-born Sheedy, 24, also qualified for Ireland through his parents and England on residency, and he represented England in a non-cap game against the Barbarians last year.

Ex-London Irish and Newcastle player Williams, who was born in Weston-super-Mare but whose father is from Rhyl, also featured for an England XV in the same match, scoring a try.

Sheedy has proved a pivotal figure behind Bristol’s qualification for the Gallagher Premiership play-offs and European Challenge Cup final this season, starring alongside high-profile imports like Semi Radradra and Charles Piutau.

On Sheedy’s call-up, Pivac added: “It was about a one-minute phone call in relation to eligibility.

“He told me he was born in Cardiff, raised in Cardiff and he’s Welsh through and through, and I can tell by his accent.

“He was very, very keen to represent his country, and his country is Wales.”

Pivac, meanwhile, also said that fly-half Gareth Anscombe, who suffered a World Cup-ending knee injury last summer, could be out for another 12 months.

“We think the way we want to play the game going forward that he offers a lot for a young man.

“Now is a very good opportunity for us to look at building the depth we think we are going to need for the World Cup.”