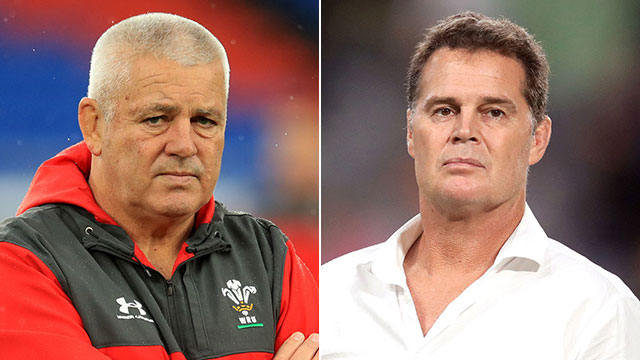 Wales will face World Cup semi-final opponents South Africa in Yokohama on Sunday. Here, we look at some of the talking points heading into the game.

How much will star players Liam Williams and Cheslin Kolbe be missed?

Considerably so, is the answer. Both are sidelined because of ankle injuries, with Wales full-back Williams out of the tournament and South Africa wing Kolbe hoping he can be fit for next week and either a World Cup final or third-place play-off game. Williams is a brilliant counter-attacker who adds so much to Wales' game, while the diminutive Kolbe, who has scored seven tries across 13 Tests, is similarly inventive. It is a shame that a huge game has been deprived of such box-office talent.

When it comes to recent history between the countries, Wales hold a clear upper hand. They have beaten South Africa five times from the last six attempts, including four successive victories. The Springboks, though, are unquestionably stronger now than at any time during that losing run, and Wales know they have got it all to do in their quest for a first World Cup final appearance.

How will Jonathan Davies perform?

Wales' star centre missed the tense World Cup quarter-final victory over France last weekend because of a knee injury suffered against Fiji 11 days earlier. He has been in training this week, and there is no doubt that Wales need him firing on all cylinders. At his best, Davies' value to the team is enormous, offering attacking guile, defensive power and tactical prowess. If his knee does not trouble him, then expect a big performance.

Wales will know what is coming against the Springboks: an abrasive, no-nonsense approach, a strong kicking game and set-piece excellence. They have shown in recent times that they are able to deal with it, and the Wales pack rarely comes off second-best against any opponent in the physical stakes. It is likely to be an arm-wrestle of an encounter, and clear attacking opportunities could prove few and far between. If Wales can stay in the fight, they have enough quality to administer a knockout blow.

What would it mean for Wales to reach a Rugby World Cup final?

Everything. They have never done it before, losing semi-finals in 1987 and 2011, and it would underline just how far head coach Warren Gatland has taken them during his 12-year coaching reign. When Gatland arrived in late 2007, Wales were ranked a lowly 10th in the world, but since then they have landed four Six Nations titles, including three Grand Slams, briefly been the world's number one team and are now through to a second World Cup semi-final of the Gatland era. This could be their time.