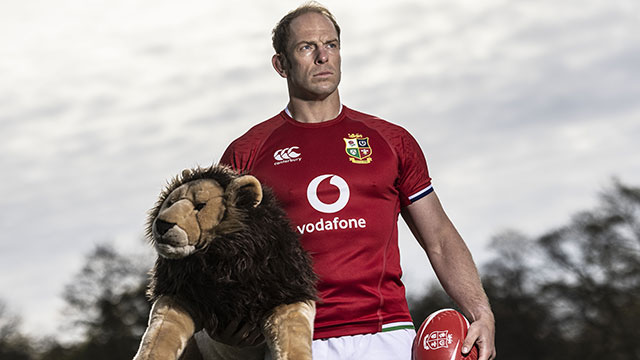 Wales lock Alun Wyn Jones has been named British and Irish Lions captain for this summer’s tour of South Africa.

The 35-year-old Ospreys forward captained Wales to the Six Nations title in March.

Jones, who embarks on a fourth successive Lions tour, has clocked up a world record 157 Tests for Wales and the Lions.

He was the favourite to be appointed as Lions skipper by head coach Warren Gatland ahead of other potential contenders like England internationals Maro Itoje and Owen Farrell.

And it headlines a stellar playing career that has seen him win five Six Nations titles, three Grand Slams and play in two World Cup semi-finals.

Jones led the Lions to a Test series-clinching victory over Australia in Sydney eight years ago when fellow Welshman Sam Warburton was injured.

And he will now be in charge from the start of the tour in July and August that is highlighted by three Tests against the world champion Springboks.

Speaking on lionsrugby.com, Jones said: “Obviously very proud, very privileged. To be selected in the squad is initially what you want to be hearing, and to have the armband as well is a privilege, with the names that have gone before and what those players have achieved.”

Asked how he had found out, Jones said: “I had a call from Gats on Sunday evening, actually a missed call. Thought better give him a call back.

“We had a quick chat and I accepted obviously. I’ve just got a huge amount of pride to add this to the CV, but obviously there’s a lot of work to do once we get out there.”