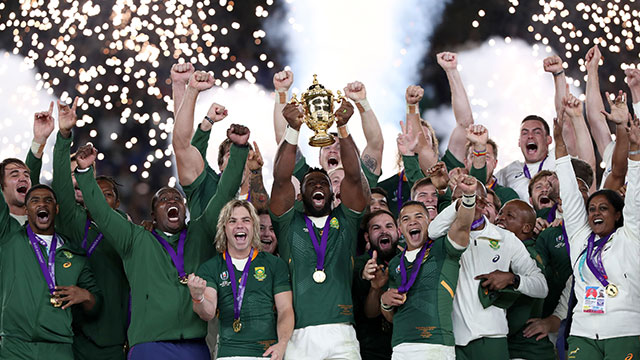 The first tranche of the 2.6million tickets available for the 2023 World Cup in France will go on sale on 15th March.

Fans who have registered to join the ‘2023 Family’ scheme by March 13 will be eligible to purchase ‘Follow My Team’ and ‘City’ packs as part of a pre-sale period that runs until April 5, with general sale beginning on April 6.

Tickets for individual matches will go on sale in 2022 and will operate on a first come, first served basis.

The cost of attending all four of England’s group matches, including their headline Pool D meetings with Argentina and Japan, ranges from 255 euros (£220) to 1,045 euros (£903).

The most expensive ‘Follow My Team’ pack is for hosts France at 1,355 euros (£1,171) including the opening ceremony in Paris and the curtain-raising clash with New Zealand, with the price of following the All Blacks coming at 1,175 euros (£1,015).

Quarter-final tickets can be added on to the four group games, while the ‘City’ packs operating across nine of the 10 host cities range from three to five games and cost from from 58 euros (£50) to 885 euros (£765).

“The 2023 World Cup will showcase the best of rugby and the best of France and we are delighted to launch the tournament’s ticketing programme,” World Rugby chairman, Sir Bill Beaumont said.

“Our ambition, in partnership with our friends at the France 2023 organising committee, is to make France 2023 the most accessible tournament to date.

“This ticketing programme certainly does that. Everyone is invited to join a special celebration of France and 200 years of rugby.”

The 10th edition of the World Cup has been extended by one week to allow all teams at least five days preparation before pool matches. No games will be played on Mondays or Tuesdays.

Player squad sizes will also increase from 31 to 33 with a view to improving player welfare standards.