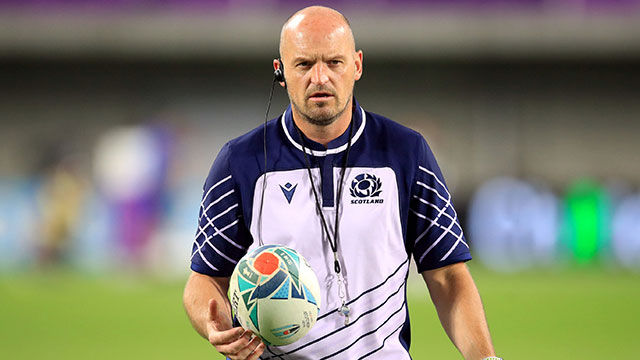 Gregor Townsend has rested a number of his top stars for the Russia match (Image: Adam Davy/PA)

Gregor Townsend has backed Scotland's second string to take care of Russia after deciding to hold the majority of his stars in reserve for Sunday's do-or-die showdown with Japan.

The Dark Blues head coach has made 14 changes to his line-up ahead of Wednesday's vital World Cup clash with the Russians in Shizuoka.

Edinburgh wing Darcy Graham is only man to keep his place from last week's 34-0 hammering of Samoa as Townsend keeps one eye on their final Pool A clash with the hosts, which is set to decide who progresses to the quarter-finals.

With the Scots needing to take all five points on offer against the Bears before beating Japan at the weekend, while also ensuring the Brave Blossoms do not outscore them on the bonus point front, the Dark Blues head coach has opted to make full use of his 31-man squad.

His selection means full-back Blair Kinghorn, centre Pete Horne, lock Ben Toolis and hooker George Turner will all get a taste of World Cup action, while scrum-half Henry Pyrgos - a late replacement call-up for the injured Ali Price - will do the same if he gets off the bench.

Townsend said: "First and foremost we've picked a team we believe is capable of defeating an increasingly impressive and combative Russia side, who are looking to finish their pool campaign on a high.

"A number of our players are getting their first start or Test in this tournament and have been itching to play their part in this World Cup, by helping the team deliver a winning performance on Wednesday."

Props Gordon Reid and Zander Fagerson will line up either side of hooker Turner, with locks Scott Cummings and Toolis slotting in behind.

Vice-captain John Barclay will lead the side out as he joins Fraser Brown - who normally plays at hooker - and number eight Ryan Wilson in the back row.

Scrum-half George Horne will walk out for just his third international start alongside his brother Pete, who starts two slots down at inside centre.

Stand-off Adam Hastings and outside centre Duncan Taylor also come into the back division, with Graham joined in the back three by wing Tommy Seymour and Kinghorn.

Townsend added: "Any successful World Cup campaign is built on a squad effort and those players who didn't get the opportunity to start against Samoa really helped provide that team with a quality week of preparation.

"Now it's their chance to get stuck into our next important game as we enter the final week of our pool matches."