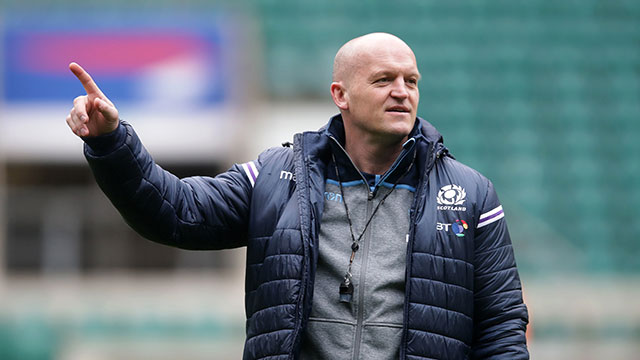 Gregor Townsend has told Scotland hopefuls Nick Grigg, Kyle Steyn, Henry Pyrgos and Gary Graham they could yet end up on the plane to Japan despite being cut from his World Cup squad.

Head coach Townsend is not due to announce his 31-man squad for the tournament until September 3 but has opted to break the bad news to Glasgow Warriors centres Grigg and Steyn, Edinburgh scrum-half Pyrgos and Newcastle Falcons back-row Graham early.

The unlucky quartet have all returned to their clubs as the Dark Blues' training squad is slashed from 44 to 40.

Townsend still has to trim another nine from the list of players travelling to the Far East but will make that call after assessing his contenders during three warm-up clashes against France - home and away - and Georgia in Tiblisi.

However, with injuries bound to be sustained along the way, he says the foursome he has left disappointed now may yet be left celebrating by the time the Scots kick-off their campaign against Ireland in Yokohama on September 22.

Townsend said: "I'd like to thank these players for the work-rate and commitment they've shown as part of our preparations for the Rugby World Cup in Japan.

"They've been a credit to a very strong group of players and we wish them all the best in the season ahead.

"Players are often called up from beyond the 31-man group that travels to a World Cup, so I'd encourage these players to keep working as hard on their skills and fitness as they have over the summer, as we may need to call on them in the weeks ahead."

The Scots will ramp up their preparations for Japan this month as they travel to face France in Nice on August 17 before hosting Les Bleus at Murrayfield a week later.

Townsend will finalise his selection after taking on Georgia at the Dinamo Arena in Tbilisi on August 31, with the final 31-man group then given one last run out against the Lelos in Edinburgh on September 6.