Rory Best confirmed to play for Barbarians at Twickenham 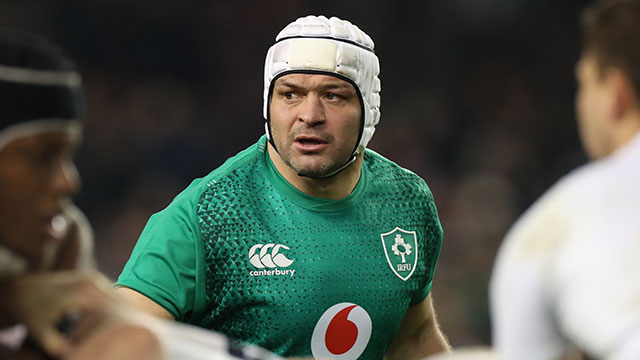 Ireland legend Rory Best is to join the Barbarians when they return to Twickenham on Saturday 16 November to take on Fiji in the Killik Cup.

The 124-capped world-class hooker recently called time on a stellar international career that included three Six Nations Championships, two Lions Tours and an historic and memorable 40-29 maiden win against the All Blacks at Soldier’s Field, Chicago, in November 2016.

Best holds fond memories of playing at Twickenham, having led Ireland to a Triple Crown and third Grand Slam by beating England on St Patrick’s Day in 2018.

Fans can secure tickets for what will be a sensational afternoon of rugby featuring stars of Rugby World Cup 2019 just two weeks after the Final, including Best and the Fijian team who were among the players lighting up the Tournament’s debut in Asia.

Best said: “I am delighted and very honoured to be given the chance to play for the Barbarians. It has long been on my bucket list and I’m very much looking forward to joining the squad to take on Fiji at Twickenham in November.”

“Over the years so many illustrious players from around the world have represented the Club and I can’t think of a better way to finish off my career putting on the famous black and white jersey.”

The Ireland captain earned the praise of All Blacks’ captain Kieran Read as Ireland exited Rugby World Cup 2019 to the defending champions in the quarter-finals.

Leading the Barbarians’ coaching team is England and World Cup Finalist Head Coach Eddie Jones, whose team last weekend saw off the All Blacks’ 19-7 in a masterclass semi-final performance in Yokohama.

Best will also join French centre Mathieu Bastereaud and South Africans Tendai “Beast” Mtawarira and Herschel Jantjies in the first major rugby match to be staged at Twickenham following Rugby World Cup 2019 - and the only Autumn International to be played at Twickenham this year.

Just two weeks after the 2019 Rugby World Cup Final, the Barbarians V Fiji Killik Cup match will give UK fans in the grip of rugby fever a golden opportunity to experience top-class international action at the home of England Rugby – a perfect day out with the family or friends to round off a sensational Tournament.

A bumper crowd of over 50,000 is expected for the match and tickets all still available from only £20 for Adults and £15 for Kids (plus fees). Don’t miss out – secure your tickets now at www.ticketmaster.co.uk/barbarians or other outlets.

It promises to be a great value day out for all, watching a world-class match guaranteed full of tries and non-stop action.