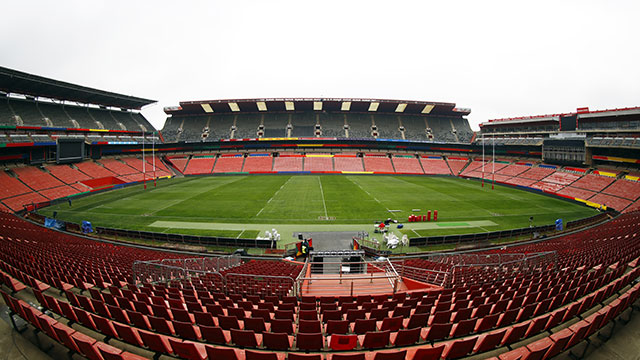 South Africa’s second Test match against Georgia in Johannesburg on Friday has been cancelled because of Covid-19 infections in both camps.

SA Rugby announced the decision following a review by the Medical Advisory Group (MAG), which confirmed that the risk of further infection made it impossible for the game to take place.

The British and Irish Lions’ first of three Tests against South Africa is scheduled for July 24, while Saturday’s Lions clash with the Bulls in Pretoria was postponed because of a coronavirus outbreak in the South African province’s team.

Furthermore, on Wednesday, a member of the Lions’ management tested positive for coronavirus in South Africa.

The Lions said that the individual and four close contacts, including two players and two members of staff, are being isolated and assessed at the team hotel.

The tourists’ match against Cell C Sharks is still set to go ahead on Wednesday evening provided all members of the touring party return negative PCR tests in the afternoon.

SA Rugby chief executive Jurie Roux said: “In the context of the loss of life and economic damage that Covid and this third wave are wreaking, the cancellation of a rugby match is pretty trivial.

“But it is still a major disappointment for the many stakeholders who have invested so much time, energy and resources into making these matches happen.

“I especially feel for the fans and players, and for our visitors from Georgia who travelled here at relatively short notice to take on the series, which has now been cut short.

“We continue to plan for the Springboks’ re-emergence from isolation and the completion of the Test series, but in the short-term we wish a speedy recovery for those who have been infected.”

SA Rugby added that the enlarged Springboks squad’s travel plans are now being reviewed to comply with Covid-19 protocols.

South Africa’s ‘A’ team play the Lions in Cape Town next Wednesday.

The Lions’ schedule now faces revision with two options under consideration – fixing a new date for the Bulls game or finding alternative opposition to fill the gap created on Saturday.

It became impossible for the match to proceed after the Pretoria-based franchise saw four players and one member of management test positive. Once close contacts were factored in, it became apparent they would be unable to field a team.