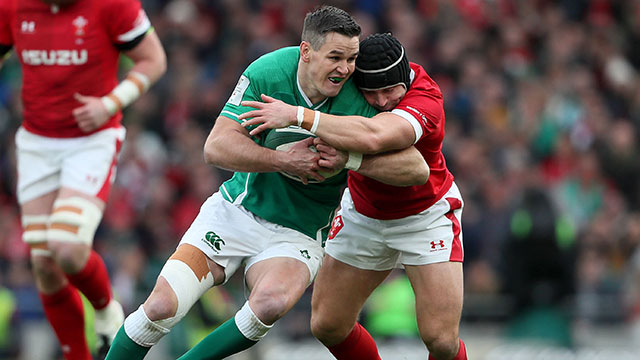 The eight-team Autumn Nations Cup kicks off in Dublin on Friday when Ireland face Wales. Here we look at some of the key talking points heading into the game.

Ireland have the upper hand

Current form and recent history means Ireland are clear favourites to open their Nations Cup campaign with a victory at the Aviva Stadium. They go into Friday’s encounter following three successive victories over Wales, while their opponents have not won in Dublin since a World Cup warm-up game five years ago. Ireland are second favourites to win the Nations Cup behind England, and Wales are the bookmakers’ fifth-best title option, which appears an accurate reflection.

Wales have not won a Test match for 285 days. A routine win against Italy on February 1 has been followed by successive losses to Ireland, France, England, France and Scotland, which comprises Wales’ longest run of defeats since 2016. On that occasion, though, the reversals included three against New Zealand. Wales must go back to 2012 for the last time they went six games without a win, and few people fancy their chances of ending the sequence on Friday.

Born in Nelson, New Zealand, Lowe joined Leinster in 2017 and qualifies for Ireland on residency. Head coach Andy Farrell has wasted no time handing him a Test debut. The 28-year-old wing made more than 50 appearances for Hamilton-based Super Rugby franchise the Chiefs and his Leinster impact has been spectacular, claiming 33 tries in 49 games. He helped Leinster win the Heineken Champions Cup and Guinness PRO14 during his first season, and he recently signed a new three-year deal.

Bristol fly-half Sheedy looks set to make his Wales debut off the bench in Dublin. The 25-year-old, who was born in Cardiff, also qualified for Ireland through his parents and England via residency, but he chose Wales. Sheedy shone for his club last season, playing a key role in steering them to the Gallagher Premiership play-offs and a European Challenge Cup final victory over Toulon, when he scored 22 points. He could prove a long-term successor to Dan Biggar in Wales’ number 10 shirt.

The Nations Cup has replaced the northern hemisphere’s traditional autumn Test schedule involving countries like New Zealand, Australia and South Africa, with fixtures being scrapped this year as teams avoided extended travel because of the coronavirus pandemic. The Six Nations sides plus Fiji and Georgia will take part in two groups of four between November 13 and December 6. Current restrictions mean games will take place behind closed doors, and there is no doubt the sport needs a boost against a backdrop of financial uncertainty. An Ireland-Wales classic would certainly help lift spirits.