Ireland team to face All Blacks in World Cup quarter-final 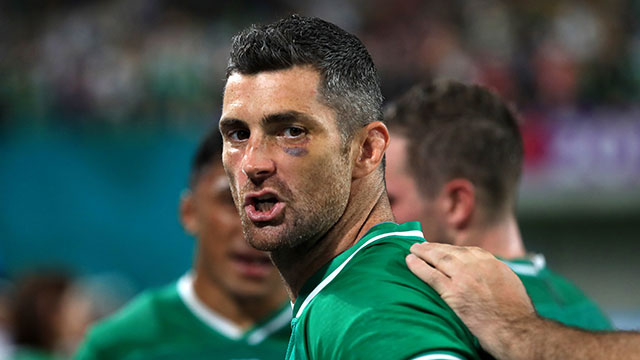 Rob Kearney has fended off the challenge of Jordan Larmour to start Ireland's World Cup quarter-final against New Zealand on Saturday.

Evergreen full-back Kearney missed Ireland's 47-5 win over Samoa having failed to train fully in the week leading up to that seven-try win in Fukuoka.

Leinster speed king Larmour impressed against the Samoans as Ireland sealed the bonus-point win required to book their place in the last eight.

Garry Ringrose returns at outside centre with Robbie Henshaw stepping inside to number 12 to offset the absence of Aki, who was sent off against Samoa.

Peter O'Mahony slots in ahead of Tadhg Beirne at blindside flanker, with Rory Best captaining the side in an unchanged tight five.

Ireland boss Schmidt admitted it was a tight call to select Kearney ahead of Larmour.

"Yeah, there were probably half a dozen reasonably tight selection decisions," said Schmidt. "And you weigh up the experiences, previous performances against other opposition.

"You can't guarantee you've got any decision right until the game is completed.

"We've tried to add up as best we can the combinations we think that will best serve us in this fixture.

"You can't go out against the All Blacks and accept that you're second fiddle. You've got to go out and put your best foot forward."