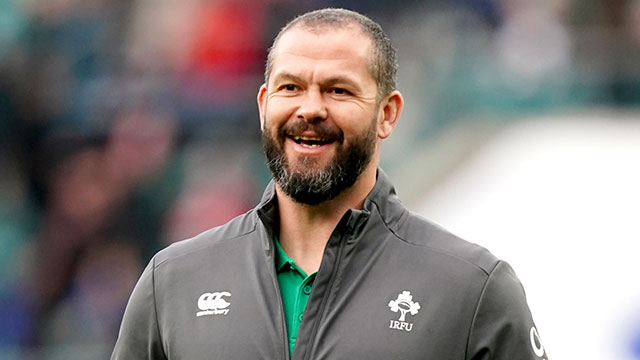 Robert Baloucoune, Andrew Conway, Chris Farrell and Ronan Kelleher have been ruled out of the three-match Test series through injury.

Ireland will take on New Zealand on July 2, 9 and 16 in Auckland, Dunedin and Wellington respectively, with midweek clashes against the Maori All Blacks scheduled for June 29 and July 12.

Versatile Frawley was included in Farrell’s squad for last year’s autumn internationals but did not feature. The 24-year-old can operate at fly-half, inside centre or full-back.

Backrower Prendergast, 22, was involved as a development player during this year’s Guinness Six Nations, while prop Loughman, 26, and back O’Brien, 25, were called into camp to provide cover during that campaign.

Lock Joe McCarthy, 21, will be involved with the senior side for the first time.

Elsewhere, Ulster full-back Michael Lowry has overcome a facial injury to be included, while there is a recall for Leinster’s Jordan Larmour but centre Stuart McCloskey has been overlooked.

The Irish are touring for the first time under head coach Farrell after the coronavirus pandemic forced the cancellation of a 2020 trip to Australia and last year’s proposed visit to Fiji.

The trip will be another crucial stepping stone towards next year’s World Cup in France, where Ireland could potentially meet New Zealand in the quarter-finals for the second-successive tournament, having suffered a 46-14 loss in Japan in 2019.

“This is the start of our Rugby World Cup campaign and it is going to be a fantastic challenge for our group facing five massive tests across the three weeks,” Farrell told the Irish Rugby Football Union website.

“Touring plays a massive role in teams gelling together and building cohesion on and off the field.

“We will learn so much about the players and the group as a whole as we have to front up for five incredibly tough fixtures, far from the comforts of home and in grounds where the home support will greatly outnumber travelling Irish fans.”

Ireland have never beaten their upcoming opponents on New Zealand soil but have won three of the past five meetings between the countries, including last autumn’s 29-20 success in Dublin.