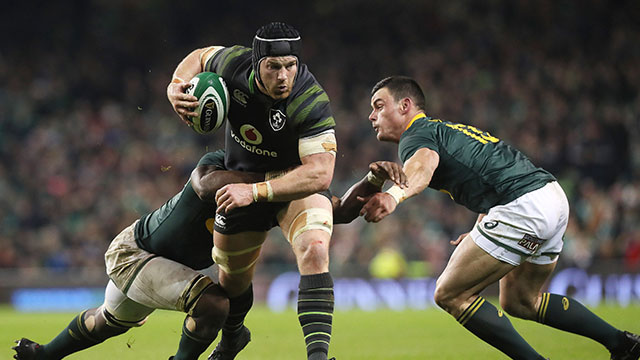 O'Brien, who will swap newly-crowned PRO14 champions Leinster for London Irish later this year, faces up to six months on the sidelines.

The 32-year-old has struggled with a string of injuries across a standout Leinster, Ireland and British and Irish Lions career, but still boasts 56 caps for his country.

Injury denied O'Brien a place in Leinster's squad for Saturday's 18-15 final victory over Glasgow Warriors at Celtic Park but he still lifted the trophy following the win.

A statement issued on Leinster's official website read: "Unfortunately (head coach Leo) Cullen has confirmed that back row Sean O'Brien - who lifted the PRO14 trophy yesterday in Celtic Park on behalf of the 57 Leinster players that had competed over the 23 game domestic season - will undergo surgery in the next few weeks for a hip injury and as a result will be ruled out of action for up to six months.

"As a result he has been ruled out of the Rugby World Cup in Japan."