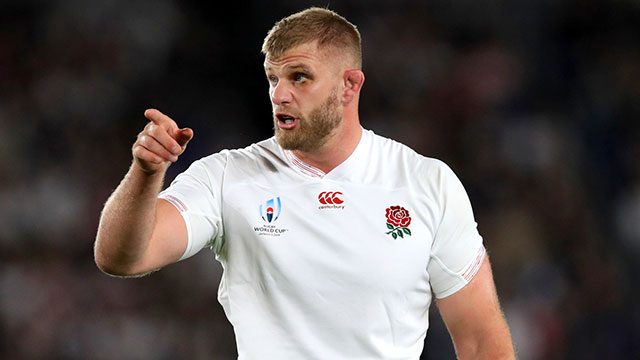 George Kruis will make one final Twickenham appearance after being named in the Barbarians starting line-up for Sunday’s match against England.

The former England and Saracens lock, who has spent the last two years with Japanese club Panasonic Wild Knights after winning 45 caps for his country from 2014 to 2020, is retiring after the game.

Head coach Fabien Galthie has selected the 32-year-old in the second row along with Australian Will Skelton, his former Sarries team-mate, in a side otherwise dominated by Grand Slam winners France.

Galthie’s champions provide 10 of the starting line-up, although, in the case of captain Charles Ollivon, it marks a return to international action after being sidelined during the Six Nations with injury.

The only other representatives from elsewhere are Fiji’s Levani Botia and Georgia pair Beka Gigashvili and Davit Niniashvili, all of whom play their club rugby in France. There are also eight French players on the bench.

Galthie, who has led a training camp in Monaco this week, said: “It has been a good experience for us.

“We have 19 French players, so we are the British Barbarians with a French accent! We have a good balance of very young players and experienced players.”

Galthie believes playing alongside Skelton at Twickenham, the scene of domestic success as well as international triumphs, will be a fitting farewell for 2019 World Cup finalist Kruis.

Galthie said: “Will is big and good and clever. I don’t know why he is not an international player now – maybe they manage players in their country and overseas maybe not – but in this case it is an opportunity for us because he wanted to play with George Kruis.

“It is like a present for George because they played at Saracens years ago. It is a nice story.”