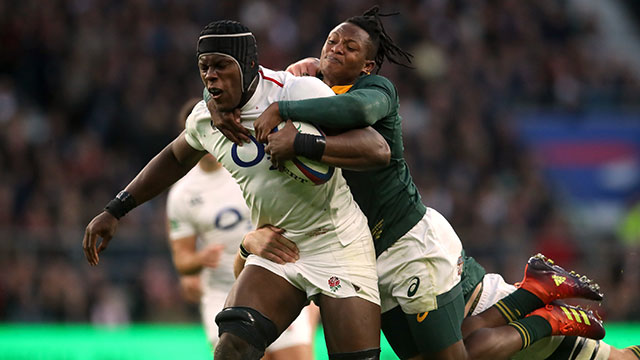 England assistant coach John Mitchell has billed Saturday's World Cup final between his side and South Africa as a collision of the sport's two most powerful teams.

South Africa edged past Wales with a dominant performance from their giant pack, who have bulldozed a path through Japan with muscular inside centre Damian de Allende remaining a constant threat.

"What we are going to witness are the two most powerful rugby teams in the world," defence coach John Mitchell said.

"South Africa are strong and well-coached and the gain line is going to be huge. They play in a particular way, but you must always be prepared for anything that comes at you.

"They have a very clever scrum half in Faf de Klerk, who is sharp. And fly-half Handre Pollard is in really, really good form.

"They have second-rowers who love winning the gain line. They have their own armoury. It's exciting.

"Against New Zealand we dealt with a lot of speed, a lot of footwork, but South Africa are certainly going to be a team that is more direct.

"Pressure is definitely coming to come at us and that asks questions of your fundamentals.

"It will come down to the core basics that are really important to us - supporting your mate on the floor and in the carry.

"Both teams enjoy dominating the gain like and kicking and are effective in that area.

"But we also feel we are very adaptable too - we don't just play one way so that's one of strengths."

New Zealand were overwhelmed in possibly the greatest performance in English rugby history but Mitchell insists there is another level to be reached.

"We are really excited by the week. In reality, all we have done is present ourselves with another opportunity at the right end of the tournament," Mitchell said.

"We want to get better and we feel we can get better as well. Everyone is really calm and eager to get onto their work. We just got to go and earn it now."