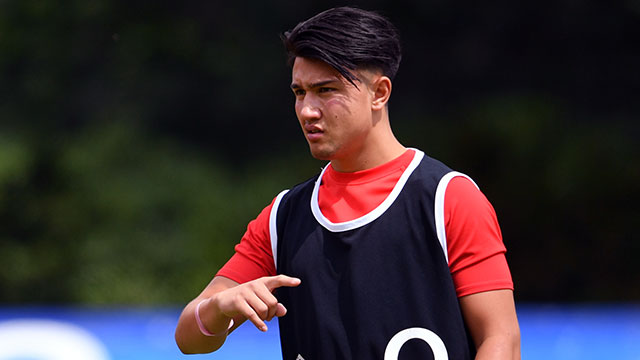 The Gallagher Premiership winner will pair up with fellow uncapped playmaker Harry Randall, with the Bristol player starting at scrum-half.

England, missing a host of British and Irish Lions stars, could hand out 12 debuts this weekend, with four more uncapped players on the bench.

Leicester full-back Freddie Steward will make his Test bow, with five uncapped forwards also in from the off.

England head coach Eddie Jones challenged the new faces to make their mark when stepping up to a new level.

“Over the past three weeks our biggest message to the players is what an opportunity this is to show what they can do and make their mark with England,” said Jones.

“They’ve applied themselves as a group and worked very hard individually during this camp to reach their personal bests.

“Now it’s all about coming together as a team, gelling and putting in a good performance at the weekend.”