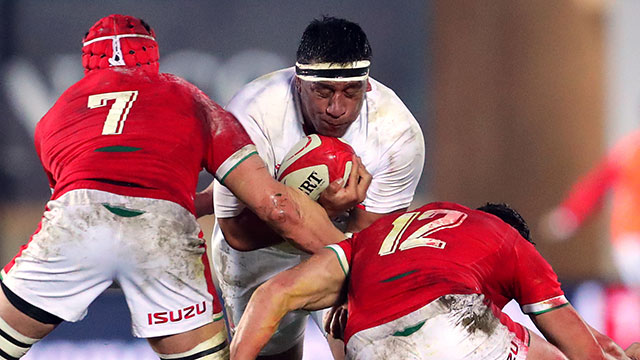 England have suffered a setback on the eve of their Autumn Nations Cup final against France after prop Mako Vunipola was ruled out by an achilles problem.

Vunipola sustained the injury in the final group match against Wales a week ago and, having struggled throughout training this week, he has lost his race to be fit for the Twickenham showdown on Sunday.

Ellis Genge is promoted from the bench into the starting XV with Joe Marler filling the loosehead vacancy among the replacements.

Vunipola had re-established himself as England’s first choice when Marler missed the start of the autumn because of a knee injury with Leicester prop Genge now second in the revised pecking order for a position where England have genuine depth.

“Mako has been struggling throughout the week and has barely trained. His achilles is pretty sore,” Vunipola’s Saracens team-mate Jamie George said.

“It’s a big loss missing a player of Mako’s calibre, but what an exciting prospect having Ellis step in. We won’t lose much in terms of energy! Ellis deserves his chance as he has really stepped up this campaign.”

Five weeks after claiming the third Six Nations title of the Eddie Jones era, England are on the brink of lifting a second trophy at the conclusion to the longest autumn of them all.

While a hastily arranged and contrived format, the Autumn Nations Cup has filled the void created when the southern hemisphere giants were forced to cancel their customary end-of-year tours because of the coronavirus pandemic.

George insists England have embraced the makeshift tournament as they look to atone for their last appearance in a final – a 32-12 defeat by South Africa in the Yokohama showpiece to the 2019 World Cup.

And an additional layer of motivation will be the presence of 2,000 fans including 400 NHS workers as spectators return to Twickenham for the first time since March following the relaxation of lockdown restrictions.

“No one in this environment is calling it the Micky Mouse Cup and that’s all that matters really,” said George, the 2017 Lions Test hooker.

“The end goal of this campaign was to be in the position to win this trophy. It’s great exposure and experience for us to play in a final.

“I’ve been lucky enough to win a few at Saracens. The more experience of finals rugby you have, the better you get at them.

“This time last year we played in a big final that didn’t go our way, hopefully it can be different this time around.

“This campaign in particular, we have put in a lot of hard work and it’s always great to have a trophy to lift at the end of it.

“We know that we have got a lot of hard work to do to get there, but winning the Six Nations was certainly an amazing start to the campaign and that brought the group a bit closer together and tighter.

“Hopefully we can finish this campaign strongly, lift the trophy and look forward to the Six Nations in a couple of months time.

“Having fans there certainly will give us a lift. My parents are able to come to the game, which means a lot to me.

“Other lads are so happy that their families can be in the stands. It’s another step in the right direction on that front.”