George Ford and Jonny May rested for England's summer series 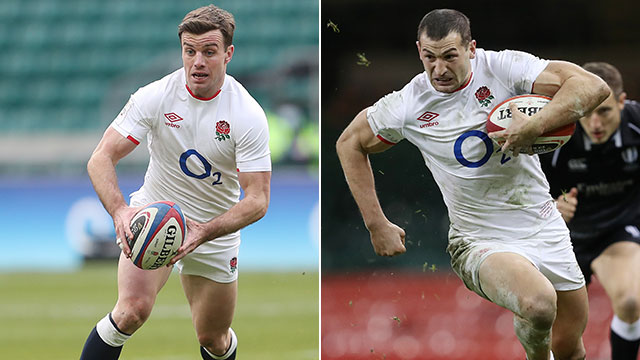 England have rested George Ford and Jonny May for their series against the USA and Canada after opting for youth in a provisional squad for the summer.

Ford and May, mainstays of the team under Eddie Jones, have been stood down for next month’s Twickenham appointments in a 34-strong group that contains 21 uncapped players.

Mark Wilson and Ben Youngs are also missing despite being involved in England’s most recent outing, a 32-18 defeat by Ireland at the end of the Six Nations.

Youngs ruled himself out of contention for the British and Irish Lions tour to South Africa for family reasons.

Of the 34 selected, Leicester prop Ellis Genge is the most experienced player with 28 caps.

England are supplying 12 players to the Lions tour and are also unable to select from Gallagher Premiership semi-finalists Bristol, Exeter, Sale and Harlequins, as well as Championship finalists Saracens.

Jones will update the squad twice before the visit of the USA and Canada, who are travelling to London after the original plan of a tour to North America was abandoned because of the coronavirus pandemic.

Players will gather at The Lensbury on Monday for a five-day training camp with an ‘A’ international against Scotland ‘A’ in Leicester on June 27 launching the summer.

“This is the first squad of three and we’ll include players from the other clubs where appropriate, when they become available,” Jones said.

“We’ve also given some of our senior players the chance to get some important rest and recovery time after back-to-back seasons – and with no proper pre-season.

“For this group it’s a chance to come into the England environment and really show what they can do.

“We expect them to be enthusiastic, full of energy and we want them to know there is no limit to their horizon.

“There is a lot of talent in this squad but the challenge for them is to turn talent into performance.

“We’re really looking forward to working with this group of young players and see where we can take them. They have the opportunity to take on the world.”