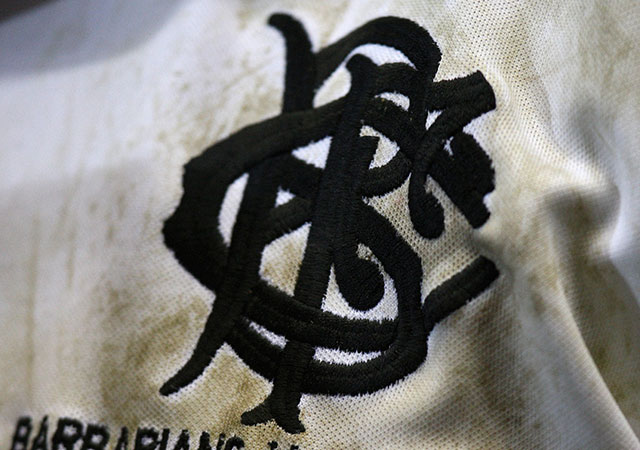 England are reeling at the cancellation of Sunday’s curtain-raiser to the autumn after it emerged that a number of Barbarians players were guilty of an additional breach of coronavirus protocols.

Chris Robshaw and his former England team-mate Richard Wigglesworth have apologised after they were expelled from the tourists’ squad for leaving their Mayfair hotel to have dinner at a restaurant along with 10 others on Wednesday evening.

Upon investigating that initial breach, the Rugby Football Union then discovered a second incident the previous day and was thereby forced to abandon the Twickenham clash that was to act as a warm-up for next weekend’s Six Nations title match against Italy.

Sean Maitland, Jackson Wray and Tom De Glanville were also among those present and it is understood that similar groups were implicated on both occasions.

An RFU investigation is ongoing and those involved are likely to be charged with bringing the game into disrepute.

“The RFU discovered there was an earlier undisclosed breach that took place on October 20 when a number of Barbarians players left the hotel bubble without permission and without informing organisers about their whereabouts,” a statement read.

“The RFU has concluded that the players leaving their Covid-secure environment on October 20 without then isolating from the rest of the group on their return has resulted in the bubble environment being compromised, with the potential risk of Covid transmission from individuals outside the bubble to everyone in the Barbarians team and management.

“The RFU is therefore left with no alternative but to cancel the game.”

The cancellation is a significant blow to Eddie Jones, who was due to name a strong team on Friday morning as preparation for the trip to Rome where a conclusive victory should be enough to secure the third Six Nations title of his reign.

In addition, there is the reputational damage to a sport that is seeking a Government bailout to assist with the financial crisis caused by the coronavirus pandemic and the loss of TV revenue with the game to have been screened by Sky Sports.

Realising the embarrassment caused, Robshaw expressed his “deepest apologies” after his Twickenham farewell was ruined while Wigglesworth – another established international – said he was “truly sorry”.

It is understood that the Barbarians had succeeded in scrambling replacements for the disgraced dinner contingent in advance of the Friday 3pm deadline set by the RFU, only for details of the first foray out of the hotel bubble to emerge.

“We are incredibly disappointed to be calling a halt to this fixture, we know how much fans were looking forward to seeing the teams play,” RFU chief executive Bill Sweeney said.

“However, our priority is to protect the health and safety of the England squad and the other international teams they will go up against this autumn.

“There has been a great deal of effort put into Covid codes of conduct and planning for games, including cooperation with Premiership clubs to release additional players to fulfil the fixture safely, and we are all incredibly frustrated and disappointed that the actions of a number of Barbarians players mean we no longer feel it is safe for the game to go ahead.”