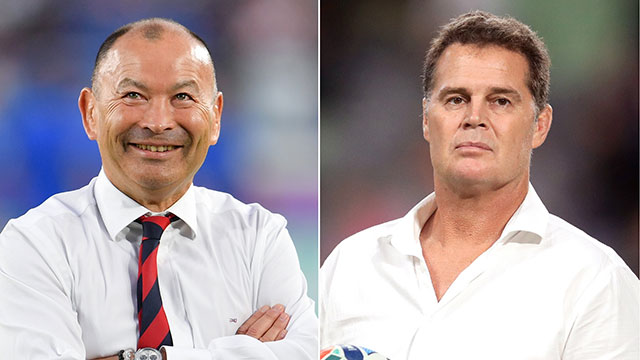 Eddie Jones and Rassie Erasmus were both celebrating at full time when England and South Africa last contested a World Cup final, at the Stade de France 12 years ago.

It feels like fate that England's Australian head coach is back preparing for a big World Cup game against the Boks, who are now led by Erasmus.

The last four meetings between the pair have resulted in two wins apiece.

Here, we compare the two men at the respective helms of the 2019 World Cup finalists: 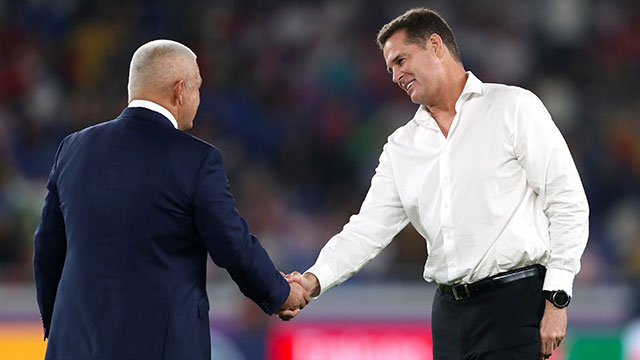 Experience: The former South Africa flanker has transformed the fortunes of his country this year, leading them to nine wins out of 11 games. New Zealand - at the beginning of this tournament - were the only side to beat them in 2019. Erasmus has turned things around after losing half of his opening 14 games following his appointment in June 2018. He has plenty of coaching experience away from the international stage, starting out at Free State Cheetahs 15 years ago before stepping up to coach Cheetahs, Western Province, Stormers and Munster in between various different roles with SARU.

Tactics: The 47-year-old has not got South Africa playing an eye-catching brand of rugby, but it has been hugely effective. It is a return to what the Springboks do best; being physical and confrontational. During the semi-final win over Wales, Erasmus saw his team come out on top after grinding down the opposition and implementing a successful kicking game. If they are to beat England, it will most likely be in a similar fashion.

Selection: Making Siya Kolisi captain, the first black Test captain of the Boks, was an inspired choice and he has responded in kind. Another key call was to unleash Faf de Klerk at scrum-half. Without Erasmus dropping a rule on overseas players, the diminutive Sale back would not be in this team. As it is, he has become a star in Japan and will be key in Yokohama. For the final, South Africa will hope to have Cheslin Kolbe fit and he will bring a huge amount to the back three if 100 per cent.

Style: Honesty is a big word associated with the former Springboks number eight and he said from the off exactly why Kolbe did not feature against Wales. Erasmus is very matter of fact, before the tournament he spoke about South Africa not being among the favourites because they were only fourth in the world. Not one for mind-games and the talk on Jones this week will largely be about his standing in South Africa, but he is superstitious and will continue to wear his lucky white shirt this weekend. 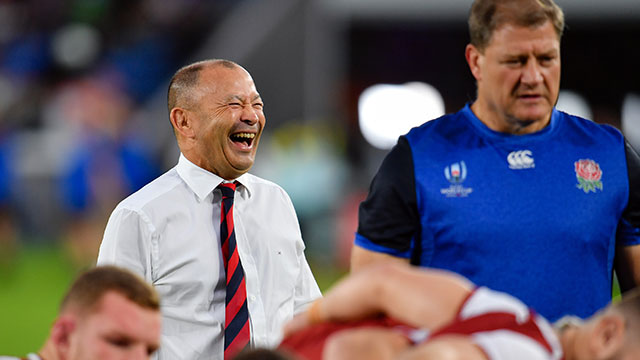 Experience: A coaching CV which spans 25 years and includes spells in Australia, Japan, South Africa and England has Jones back where he wants to be; in a World Cup final. He has been here before, but lost in 2003 with the Wallabies and was only assistant four years later when South Africa lifted the Webb Ellis Trophy. He would love to take a team from being dumped out in the group stage to world champions in four years.

Tactics: A very flexible customer and happy to match up to the opposition, which will make Saturday's final an intriguing prospect. Can England play the expansive game they produced against the All Blacks or will they favour power over procession, given that is a key strength of the Springboks? The versatility of his backs has allowed Jones to switch things up and he will now aim to draw up a plan to see his men overcome one last hurdle.

Selection: He made the bold call to drop George Ford against Australia in the quarter-finals and it worked a treat, but so did the decision to recall him against the All Blacks. Courtney Lawes also took his chance in the last four clash, but Jones does have some injury concerns ahead of Saturday's final. The Australian will have total confidence in his squad, though, as it has taken months of meticulous planning to reach this point. Who is talking about Ben Te'o or Mike Brown not making the squad now?

Style: A winner and excellent man-manager, highlighted by his success with Japan and backed up by the progress England have made in this tournament and when he first took over following a terrible home World Cup in 2015. While Eramus is unlikely to be drawn into mind-games, Jones will probably try his best at some point this week to partake. 'Spygate' was a big topic ahead of the semi-final and he has already enjoyed the last laugh over old rival Warren Gatland, but only victory on Saturday will do for England's head coach now.