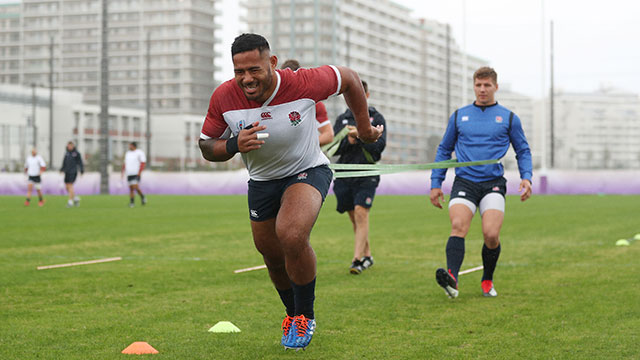 The squad was completing one of the most crucial sessions of the week at their Tokyo base when, according to Jones, an unidentified cameraman was spotted in one of the buildings overlooking the pitch.

The England head coach shrugged off the incident as the biggest match of his four-year reign looms.

"There was definitely someone in the apartment block filming, but it might have been a Japanese fan. We don't care, mate," Jones said.

"We knew about it from the start, it doesn't change anything. We love it."

After initially joking that England had sent someone to spy on New Zealand, Jones said that observing another team in secret no longer has any value.

"You can watch everyone's training on YouTube. There's no value in doing that sort of thing, absolutely zero.

"Everyone knows what everyone does, there are no surprises in world rugby any more. That's the great thing about the game, you just have to be good enough on the day."

Jones declined to reveal which team he scouted in secret in 2001 and admitted that All Blacks boss Steve Hansen will "laugh" when he hears of his spying claim.

"The England team is in usual circumstances because you get so much media exposure," Jones said.

"We have such a complex landscape in England and the players have just stuck to the task of what we want to be.

"We said four years ago we wanted to be the best team in the world and we are going towards that.

"It's there, it is what it is. You have to be able to cope with it and at times it is difficult to cope with, no doubt about it.

"One week ago I was going to get sacked, Owen Farrell couldn't kick and someone wrote there'd be blood on the walls of Twickenham.

"Now we are in a semi-final and have a chance of going through and we are just excited about it."