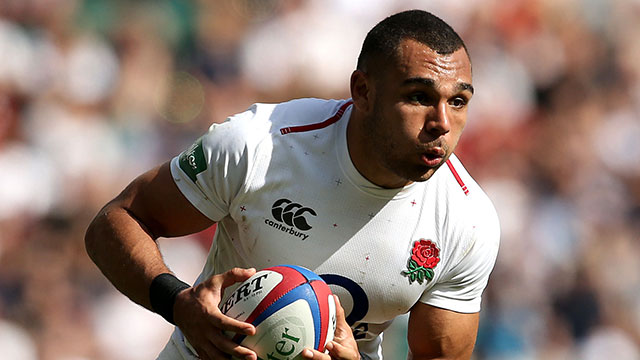 England have selected from outside their World Cup squad for Friday's Test against Italy by naming Joe Marchant at outside centre.

Marchant has been omitted from the 31-man squad bound for Japan on September 8 but slots into the midfield alongside Piers Francis with captain Owen Farrell starting the final warm-up fixture at fly-half.

Two further players not picked for Japan 2019 are present on the bench in lock Charlie Ewels and flanker Matt Kvesic.

Ruaridh McConnochie finally makes his debut on the right wing after two aborted attempts in the double header against Wales due to hip and hamstring injuries.

The Bath sevens specialist forms a rapid back three alongside Anthony Watson, who makes his fourth appearance at full-back, and Leicester flyer Jonny May.

Henry Slade has lost his battle with a knee injury and so misses the last opportunity to get some game time before the World Cup and Ben Youngs is given another run at scrum-half.

Jones has largely stuck to his tried and tested up-front, including a fourth successive start for star number eight Billy Vunipola.

Mark Wilson, a Newcastle stalwart who will spend next season at Sale, makes his first start of the summer at openside flanker and Tom Curry is given another run at six.

Jones said: "We have gone with a mix and match selection policy to develop our adaptability and the team's ability to cope with any situation."

England have enjoyed a promising warm-up series to Japan 2019 with a pleasing win against Wales at Twickenham and crushing win over Ireland only slightly off-set by a narrow defeat in Cardiff.

Italy complete the four fixtures in the nation's first outing at St James' Park, two days before the squad set-off for a pre-tournament training camp in Miyazaki.

Jones said: "We are delighted to be playing against Italy, one of our traditional Six Nations rivals and the game for us is another important step to develop our game fitness and game strategy.

"We have had a solid training week in Treviso with hot conditions so we are looking forward to testing ourselves against Italy on Friday night. Then we hop on the plane and are ready to go to Japan.

"We are excited to be playing in Newcastle. We are playing at an iconic football ground and we know the area is an important one for rugby in the northern part of England. We are looking forward to seeing and playing in front of the fans."