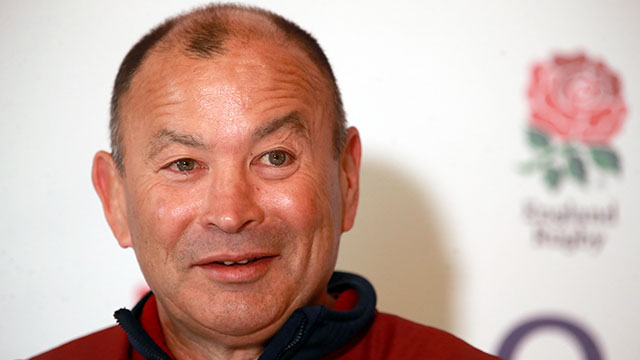 Eddie Jones has been restricted to selecting from only half the Gallagher Premiership for his latest England training squad due to a chaotic climax to the regular league season.

Jones has been unable to select from six clubs because of this weekend’s play-offs – the top four of Exeter, Wasps, Bristol and Bath, plus Sale and Worcester after their final-round match was postponed until Wednesday.

The Sharks could yet qualify for the semi-finals if the AJ Bell Stadium clash does go ahead, despite being afflicted by an outbreak of coronavirus that has seen 16 of their players test positive.

It has severely restricted Jones’ options, so England’s head coach has given six players their first appearance in a senior squad among 12 uncapped prospects as preparations begin for a busy autumn schedule that opens against the Barbarians on October 25.

Their target will be selection for the non-cap international against the Barbarians at Twickenham, which launches a schedule that continues with the conclusion of the 2020 Six Nations against Italy six days later and then the Autumn Nations Cup.

Northampton are represented by a six-strong contingent of those not forced to self-isolate in the wake of last week’s clash with Sale, but flanker Lewis Ludlam is required to quarantine and so misses out.

Some of England’s biggest names are present due to Saracens’ relegation from the Premiership as punishment for repeated salary cap breeches, among them Owen Farrell, Billy Vunipola and Elliot Daly.

The trip to Rome will be their focus with the Six Nations title still up for grabs.

Another squad will be named for the second camp next week, when Jones will be able to call on players from the beaten Premiership semi-finalists, plus Worcester and the club that failed to make the top four.

“Our preparation to build the team for the Italy game starts now,” Jones said.

“We have a three-day camp this week and another one next week then we’re into the week of our Quilter Cup match against the Barbarians.

“We’ll be slowly building up, working on the basics and working on team cohesion. This autumn we want to play for the fans and give them something to smile about.”