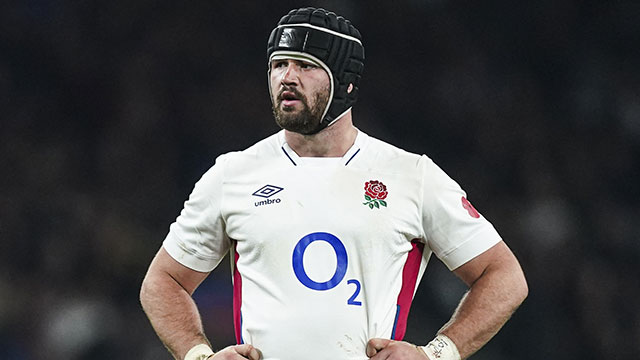 England will face the feared South African pack with a depleted front row after Bevan Rodd and Jamie Blamire were given starts in Saturday’s climax to the autumn against South Africa.

Injury and an outbreak of coronavirus mean that loosehead prop Rodd will win his second cap while Blamire, who has made only three starts for his club Newcastle, takes the hooking duties.

Joe Marler leaves self-isolation on Friday and so is confined to a bench role for the rematch of the 2019 World Cup final.

Eddie Jones has thrown a curveball on the right wing where outside centre Joe Marchant is picked ahead of specialist Adam Radwan and Max Malins, who has been in free-scoring form for Saracens this season.

Marchant was left out of the original squad for the autumn but a campaign-ending knee injury sustained by Anthony Watson offered a reprieve that culminates in an opportunity against the world champions.

Owen Farrell has been ruled out of the final match of a series that has featured wins over Tonga and Australia by an ankle problem, so Marcus Smith forms the midfield alongside Manu Tuilagi and Henry Slade.

Courtney Lawes leads the team for the second time in Farrell’s absence.

“This is our biggest game of the season and the final game of the autumn campaign and we want to finish with a bang,” Jones said. “We’ve been really pleased with the preparation this week and how the team has continued to develop over the past month.

“Now we want to put on our best performance this autumn in front of a capacity 82,000 crowd at Twickenham.”