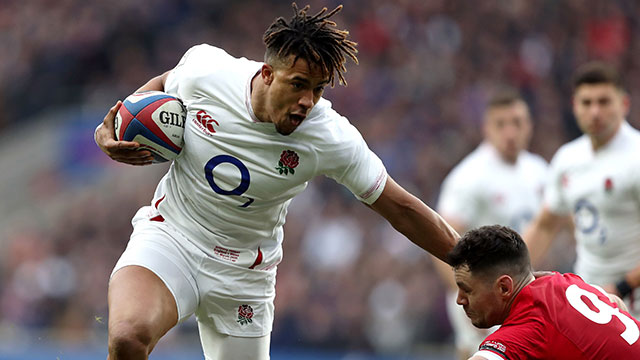 Anthony Watson returns for England on the wing (David Davies/PA)

Anthony Watson returns to the wing in the only change made by England for Sunday’s Autumn Nations Cup final against France at Twickenham.

Watson replaces Jonathan Joseph in the number 14 jersey after his Bath colleague was ruled out by a calf injury sustained in last weekend’s victory over Wales in Llanelli.

Eddie Jones has otherwise opted to use the same starting XV that set up a tournament decider against France, who will be fielding a shadow team due to an agreement struck with Top 14 clubs.

“We’re really looking forward to this final, playing France and having another chance to win a trophy this autumn,” Jones said.

“We’d like to congratulate the tournament organisers on putting this on in difficult circumstances.

“Over the past two months the players have put in real effort, worked very hard on and off the pitch and have met the protocols and new ways of working.

“This has been another positive learning week with tough, hard training and we’re looking forward to getting on the pitch in front of our fans and playing a good game of rugby.”

Watson started the 34-5 victory over Italy in Rome that opened the autumn and clinched the third Six Nations title of the Jones era, only to suffer an ankle problem.

The 26-year-old Lion made his comeback as Wales were toppled 24-13 and has now profited from the setback to Joseph.

Jones has returned to a five-three split between forwards and backs on the bench, meaning there is no place for Wasps flanker Jack Willis, but the replacement forwards are otherwise unchanged.

Supplying back three and centre cover are Max Malins and Joe Marchant with Dan scrum-half Robson continuing as deputy to Ben Youngs.

England are expected to sweep aside a France side that will be down to third and even fourth choice in some positions after a restriction of selecting each player a maximum of three times across the six games that comprise the autumn was imposed on head coach Fabien Galthie.

It has devalued the climax to the competition and denied the hosts the chance to test themselves against a resurgent Les Bleus, who inflicted their only defeat of the year at the Stade de France in February.