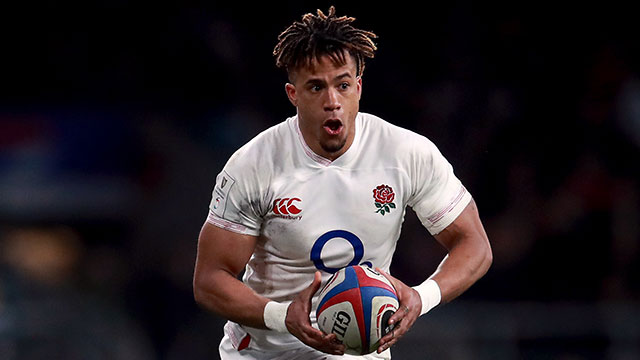 Anthony Watson insists England are armed with ample motivation to lift the Autumn Nations Cup by toppling France at Twickenham on Sunday.

Watson says Eddie Jones’ men value the climax to the tournament as an opportunity to win a second piece of silverware immediately after claiming the 2020 Six Nations title and the stage to avenge their only defeat of the year.

In addition, the Bath wing embraces the chance for England to prove they have learned from their harrowing World Cup final defeat by South Africa 12 months ago.

“This is a big deal. We want to win trophies. It’s something that when you’re done with rugby you can say you’ve won,” said Watson, who made his comeback from an ankle injury against Wales last Saturday.

“It’s irrelevant whether it’s the Nations Cup or the Six Nations, a tournament that’s just been made or one that’s been there for however many years. It’s still an opportunity to win a trophy.

“Also, putting yourself in finals is where you want to measure yourself as a player. It’s the highest pressure game you can play in and it’s a real test of you as a player and as a team.”

The Autumn Nations Cup has struggled to capture imaginations due to the focus on defence and kicking and is not helped by France being forced to field a shadow team for what should have been a blockbusting climax due to an agreement with their clubs.

“It’s definitely a big deal, irrelevant of how it’s portrayed and irrelevant of all the talk about what team France are putting out. It’s a big game,” Watson said.

“There’s loads of stuff that could motivate the lads this week. It’s a final and there’s a trophy to be won at the end of it. In the previous final we played, we didn’t win.

“It’s about going out there and getting used to these finals and putting our gameplan into force which is something we felt we didn’t do in the last final.

“The lads will not be short on motivation at all. We lost to France in the Six Nations in February and that also helps the motivation.”

Watson admits he is unlikely to ever recover from the 32-12 defeat to South Africa in Yokohama, a match England entered as clear favourites having crushed New Zealand a round earlier.

The visit of France to Twickenham is their first winner-takes-all match since and they have been drawing on the calamity against the Springboks to train their preparation for the concluding match of 2020.

“I’m not going to sit here and say I’ll ever get over the World Cup final because I don’t think I ever will,” Watson said.

“That’s because of the amount of hard work that went into getting into the position we were in and falling at the final hurdle. Potentially if I get another opportunity to win it….

“We felt very confident going into that game. It’s difficult to put your finger on exactly what went wrong.

“We haven’t focused directly on the tactics of that final, more that we were favourites and that we didn’t do what we said we were going to do in the week. There were issues with the training week.

“They were minute things, or things that we thought were minute that probably should have been spoken about that we didn’t speak about.

“It was probably just an edge, those one per centers in training. It was tough.”