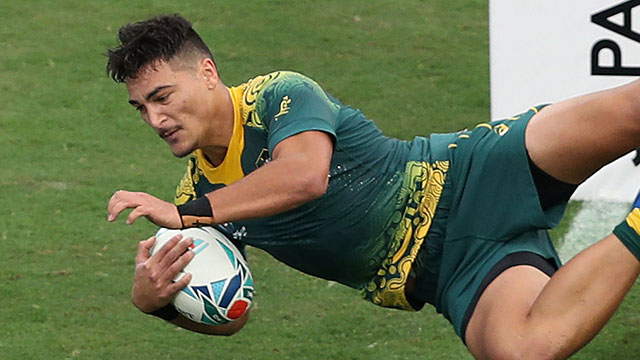 Teenager Jordan Petaia will start at outside centre for Australia in Saturday's World Cup quarter-final against England.

The 19-year-old is Australia's youngest Test centre since Jason Little 30 years ago.

He also becomes the first player born this century to feature in a Rugby World Cup knockout game.

He moves from wing to midfield, with Reece Hodge returning after serving a three-match suspension.

Hodge was banned following his citing for a high tackle on Fiji's Peceli Yato in the Wallabies' opening World Cup fixture last month.

Other changes see half-backs Christian Lealifano and Will Genia both start, plus skipper Michael Hooper, who wins his 99th cap, and prop Allan Alaalatoa.

Saturday's encounter in Oita is the countries' seventh World Cup meeting, with the current head-to-head standing at 3-3.

But Australia have lost their last six games against England since beating them at Twickenham during the 2015 World Cup.