All Blacks team to face England in World Cup semi-final 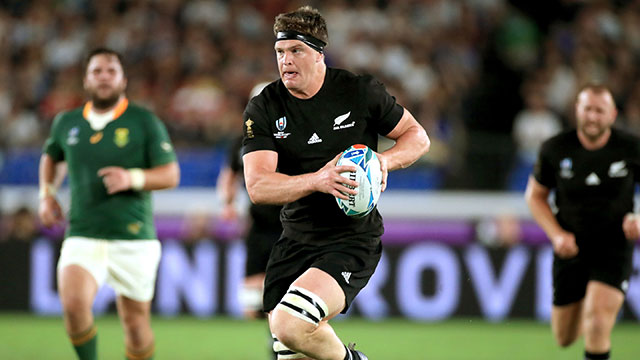 Scott Barrett is promoted to the starting XV (Adam Davy/PA)

New Zealand have made one change to their match day squad ahead of the Rugby World Cup semi-final against England.

The All Blacks saw off Ireland 46-14 last Saturday to book a place in the last four and coach Steve Hansen has largely kept the faith as the side look to win their third consecutive World Cup.

Lock Patrick Tuipulotu has been named on the bench for the game at the International Stadium Yokohama, while Ardie Savea moved to seven and Scott Barrett is promoted to the starting side at six.

Sam Cane, who started against Ireland, moves to the bench, and Matt Todd drops out of the squad for a match in which hooker Codie Taylor is set to win his 50th cap.

Hansen said: "There's no doubt that this is a huge game and there's a lot of excitement around it. We know what we have to do and we've had a great week's preparation.

"The team is exactly where we want to be, mentally and physically, ahead of the weekend."

Hansen laughed off spying suggestions surrounding one of England's training sessions earlier this week being filmed by an unidentified cameraman who was spotted in one of the residential buildings overlooking the pitch.

England head coach Eddie Jones did not allege that New Zealand were responsible, and Hansen told reporters on Thursday: "Eddie and I both know that all is fair in love and war. There is nothing better in war than throw a wee distraction out that you guys (media) can't resist.

"It's the best clickbait in the world - someone's spying on us.

"He didn't call at us. He was very deliberate in not doing that.

"He talked about it being somebody else. It was probably the same bloke who videoed us when we were there, but everyone has jumped on it and he's been successful in getting the clickbait.

"He was very particular about what he said, that someone had filmed their training. He said it could have been a supporter. He didn't say New Zealand did it."

New Zealand finished top of Pool B with wins over South Africa, Canada and Namibia. Their final game against Italy fell to Typhoon Higibis.

Against Ireland, the Kiwis put seven tries on the board with Aaron Smith getting two and only conceded in the 69th minute when Robbie Henshaw went over.