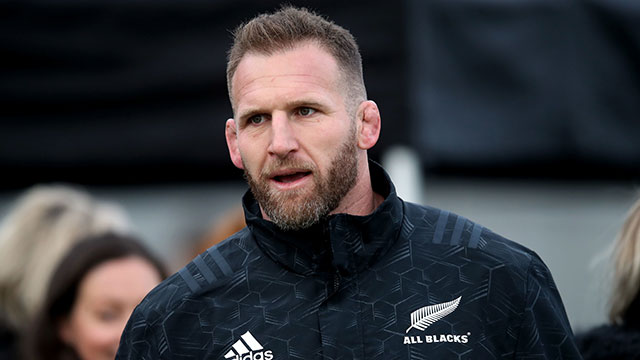 Read will leave New Zealand after the World Cup later this year and join Japanese club Toyota Verblitz for the 2020 season.

The Crusaders number eight has won 118 caps and played in two All Blacks World Cup-winning teams.

Read, 33, has skippered New Zealand 43 times, including in the drawn Test series against the British and Irish Lions in 2017.

He has had a 13-year career in New Zealand, establishing himself among the world's leading back-row forwards, while only Richie McCaw and Keven Mealamu have played more Tests for the All Blacks.

And Read is set to lead New Zealand's bid for a hat-trick of World Cup triumphs in Japan this autumn.

"On behalf of New Zealand Rugby and the All Blacks, I'd like to acknowledge the fantastic contribution that 'Reado' has made to our game," Hansen said, in a statement released by the All Blacks and Crusaders.

"His performances on the park speak for themselves. He has played 118 Tests and started 111 of them, which is an outstanding achievement.

"However, that is only part of the Kieran Read story. His contribution off the park has been just as impressive.

"He has developed into a fantastic leader, who has the utmost respect of all his peers.

"What he has achieved has been remarkable, and it's fair to say that he is one of the greats of our game who has enhanced the legacy of not only the All Blacks jersey, but also the Crusaders jersey."

Read added: "Every young rugby player in New Zealand dreams of the opportunities I have had to represent the All Blacks and the Crusaders.

"And I know I will look back at the end of the year with a great deal of pride to have worn those jerseys for as long as I have.

"My family and I are looking forward to an overseas experience, and Japan presents an awesome opportunity to immerse ourselves in Japanese culture as part of the Toyota club.

"I feel the time is right to make this announcement on my playing future, so that I can focus my efforts on the season ahead."