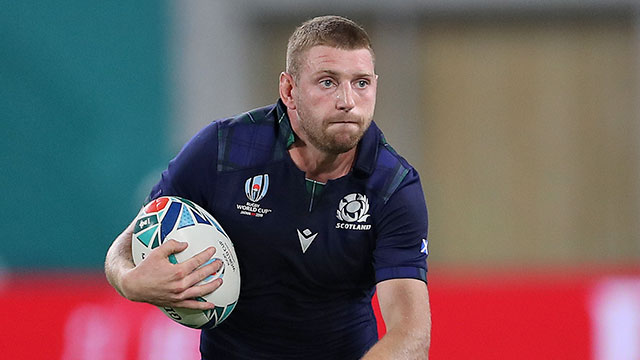 Scotland head coach Gregor Townsend believes his improved relationship with Finn Russell can help the player and the country.

Russell has been recalled to the Scotland squad ahead of the autumn international series after a reconciliation with his former Glasgow coach.

The Racing 92 fly-half fell out of Townsend’s plans after missing a team meeting ahead of the Six Nations and was still not involved as Scotland prepared to play their final game in Wales, which now takes place on October 31.

Russell spoke openly and publicly during the Six Nations about his frustrations over a clash of personalities with Townsend and difficulty in broaching issues around the team environment and tactics.

The revelations led to lengthy talks between the pair and Russell will meet up with the Scotland squad after facing Exeter in Saturday’s European Champions Cup final.

Townsend said: “We had conversations towards the end of the Six Nations that have carried on all the way through the summer up until as recently as a few days ago.

“Unfortunately we weren’t able to go on tour in the summer, I’m sure Finn would have been available for that tour.

“It’s been great to see him play so well for his club since the restart and we wish him all the best against Exeter.

“The lockdown and time away from rugby and normal life allowed people to connect throughout the world and certainly we have connected a lot through that period.

Russell is not the only player earning a recall. Richie Gray, back in Glasgow after a spell in France, also returns to the fold after twice turning down the chance to join the squad ahead of the World Cup for fitness and family reasons and then missing the Six Nations through injury.

The 31-year-old won his 55th and his most recent cap in 2018 against Italy in his sole appearance that year.

London Irish flanker Blair Cowan, 34, is in line for a more unexpected comeback, more than four years after what appeared to be his final international.

Townsend said: “Blair has been outstanding since the restart but he really caught our eye just before and during the Six Nations with some excellent performances.

“Since the restart he has played even better. He is in the physical shape of his life, you can see that with how he is playing.

“He can carry ball, link and offload and he has added a physical edge to his tackling over the last season or two.”

Harlequins centre James Lang and Scarlets back-row forward Blade Thomson are also recalled while there are three uncapped players in the 40-man squad.

South African-born pair Oli Kebble, the Glasgow prop, and prolific try-scoring Edinburgh wing Duhan Van Der Merwe, are in after qualifying under the residency rule. And former Scotland youth international scrum-half Scott Steele wins a call-up at the age of 27 following his move from London Irish to Harlequins.

“Duhan van der Merwe has added to the great form he has shown over the last couple of seasons for Edinburgh.

“He is obviously a very powerful player, a very fast player, but also a player who has worked on parts of his game that needed improving from a couple of years ago, especially around his positioning in the backfield, his defensive work.

“And Scott Steele has really kicked on this summer, from not having a contract when lockdown started to getting an opportunity with Harlequins.

“He has got himself in great condition and has played really well and has started on a number of occasions for Harlequins.”