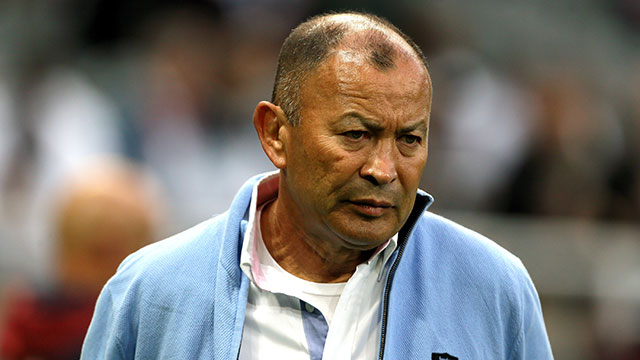 England coach Eddie Jones has revealed that he will be without both Mako Vunipola and Jack Nowell for at least the first two games of the Rugby World Cup.

Speaking after his side completed preparations with a 37-0 win over Italy at St James's Park, Jones confirmed the extent of injuries which will continue to sideline the pair.

Vunipola aggravated a hamstring injury when he made a brief return against Ireland late last month, while Nowell has been making good progress from a serious ankle injury.

Jones said: "We feel that he (Vunipola) will be right possibly for game three or four.

"Jack in the last couple of days has taken off and we've had to hold him back, but he should be right again around the same time as Mako.

Jones hailed England's hunger for success after they turned a nine-point half-time lead into an emphatic victory over the Italians.

Despite surrendering possession in a sluggish opening spell, Jones made a series of replacements and saw his side belatedly flourish.

Referring to last week's Italian training camp, Jones said: "We looked like we were still eating pasta and pizza in Treviso in the first half, but we got that out of our system.

"I thought in the second half we were a lot more purposeful. We made a number of changes that we planned to, we tried a few different combinations and we were very pleased with that."

Of more relief to Jones will have been a relatively clean bill of health, with only Joe Launchbury causing a degree of concern with a back injury which Jones described as "not too serious".

Jones singled out Ben Youngs for a man-of-the-match display, adding: "Ben has had a really good training week - it's been the best that I've seen him train.

"His speed with the ball, his passing and his accuracy were good, so he is really coming into good form in time for the World Cup."

Italy coach Conor O'Shea said he was baffled by the size of England's victory after watching his side dominate possession for much of the first half.

O'Shea said: "It is difficult for the boys to take. We had execution issues in terms of not getting the scores, but there were so many good things out there.

"Sometimes in life you get strange results and that's what I feel at the moment. There's a lot of good stuff that we can carry forward, but I think any team that beats England are going to win the World Cup."