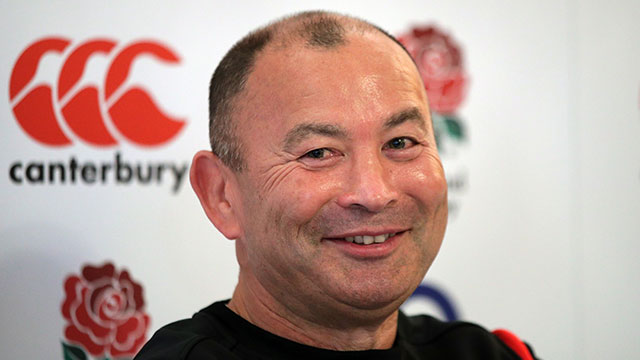 England's Eddie Jones has been named coach of the year in the World Rugby Awards.

The 57-year-old Tasmanian led England to Six Nations success this year, presiding over a total of nine victories.

It meant he beat the British and Irish Lions' Warren Gatland and New Zealand's Steve Hansen to the prestigious award.

Coach Jones' only defeat this year came against Ireland in the final game of the Six Nations, denying England a Grand Slam and halting his winning run since taking the job at 17 tests.

As well as winning the Six Nations, he led a much-changed England squad on a two-Test series victory of Argentina in June and once again defeated the Pumas during the autumn internationals, which also included successes against Australia and Samoa.

New Zealand's Beauden Barrett picked up the men's player of the year award for the successive year, while his compatriot Portia Woodman took the women's award.

It was a successful evening for the All Blacks with their Women's 15s side winning the team of the year, 20-year-old wing Rieko Ioane collecting the breakthrough player of the year prize, and Michaela Blyde taking home the women's sevens player award.

Elsewhere, Ireland's Joy Neville won the World Rugby referee award, American Perry Baker was named men's sevens player of the year, Argentinian Eduardo Oderigo won the award for character and his compatriot Joaquin Tuculet clinched the try of the year prize for a score against England in June.

Speaking at the awards ceremony in Monte Carlo, World Rugby chairman Bill Beaumont said: "It has been an outstanding 2017 for rugby on and off the field and tonight we have recognised and celebrated those who have made it so special.

"From the players, teams and coaches who have inspired millions of fans to the unsung volunteers and projects who at community level are the foundation of our great game, we salute them all. Congratulations to all our nominees and award winners who have not just displayed excellence, but who embody rugby's character-building values."